Monday, May 25
You are at:Home»News»Sabah»Only 10% of nurseries registered – Yeoh 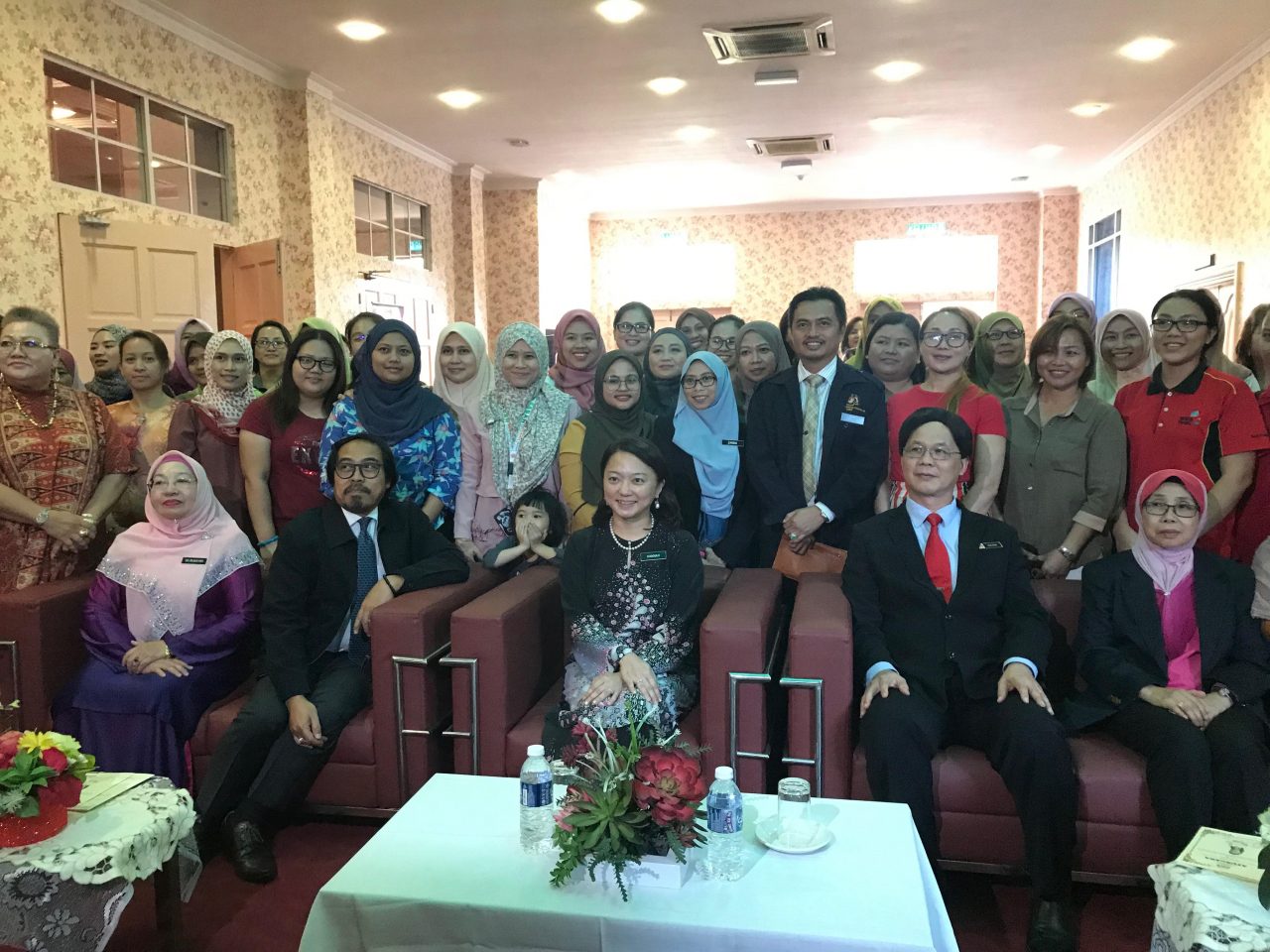 Yeoh (seated, centre) with the participants of the seminar.

KOTA KINABALU: Only 10 per cent of the nurseries (taska) operating in Malaysia are registered with the Department of Social Welfare (JKM), said Deputy Minister of Women, Community and Family Development Hannah Yeoh.

She said JKM had registered 4,671 nurseries nationwide that were caring for around 33,000 children.

Yeoh estimated that the majority of nurseries or childcare were not registered because they probably did not meet the necessary requirements, such as the nursery must be located at a corner lot rather than terrace house.

Yeoh said her ministry was trying to legalize the unregistered nurseries and were in talks with utility companies on how they could assist in getting the operators registered by giving incentives.

She added that some parents also opted to send their children to informal care because they could not afford registered nurseries.

“Some parents turn to the auntie down the road or relatives to take care of their children,” she said when officiating at the closing ceremony of an awareness seminar for babysitters on health and safety of babies and children.

At registered nurseries, she said each babysitter was paid at least the minimum salary of RM1,100 per person, and each babysitter could only care for a maximum of three children under the age of two.

“This means that the cost of childcare is at least RM400.”

“These parents are more likely to send their children to unregistered babysitters who take care of several children at once, do not ask for overtime fee, or even give discount for siblings.”

She lamented that the ministry’s effort to legalize unregistered babysitters and nurseries was also a challenge due to the lack of public cooperation.

“Parents are afraid to provide information for fear that no one will look after their children.”

Yeoh also urged the public to support nurseries in their neighbourhood because the housing area was the most suitable environment for children compared to industrial or commercial areas.

“Many times neighbours will complain about the noise and children crying.

“But if we do not allow nurseries in housing area, where can they go?

“We need to learn to accept and take care of vulnerable groups.”

Meanwhile, Yeoh said the seminar was a refresher course where the 50 participants learned about feeding babies and children, first aid procedures and fire prevention measures.