Tuesday, September 28
You are at:Home»News»Crime»TNB loses RM3.2 mln in Kuantan to Bitcoin miners 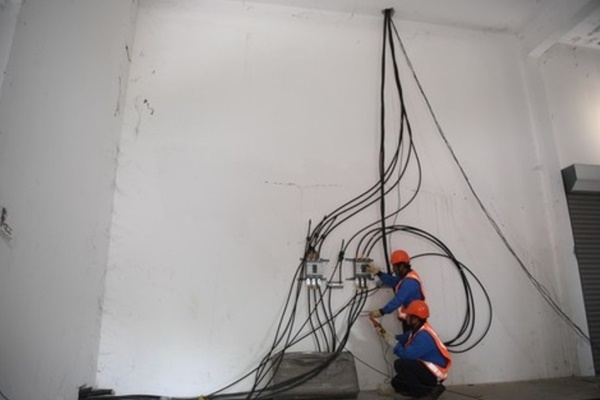 The illegal Bitcoin mining operation used 1,500 Amp of unmetered electricity, and should have been billed RM108,000 monthly. Bernama Photo

KUANTAN: Tenaga Nasional Bhd (TNB) raided 33 premises around Kuantan suspected of interfering with the electricity distribution board in a Bitcoin mining operation, resulting in a loss of RM3.2 million to the utility company.

“TNB collected evidence that 23 premises were running Bitcoin mining activities while the other 10 premises were aware of our raid this time around and destroyed the evidence,” she told reporters at Wisma TNB here on Tuesday.

The raiding operations, which began at 10.30 am, involved 30 special team members and five personnel from the TNB Security Service Department who had a search warrant issued by the Kuala Lumpur Magistrates’ Court.

The Bitcoin miners used high-powered computer networks that used electricity directly from the distribution board, bypassing the meter.

She said the first raid, at Kampung Jaya Gading, found an unmanned Bitcoin premises that was using 1,500 Amp of unmetered electricity while the meter was only showing 3 Amp.

“The metered 3 Amp was used only for one lamp and a suction fan. They paid a bill of only RM219 whereas they should have been billed RM108,000 a month for the unmetered 1,500 Amp,” she said, adding the account holder would have to pay the arrears in the bill.

She noted that the Energy Commission has urged premises owners to be aware of such activities going on in their premises and transfer the account to the tenant’s name.