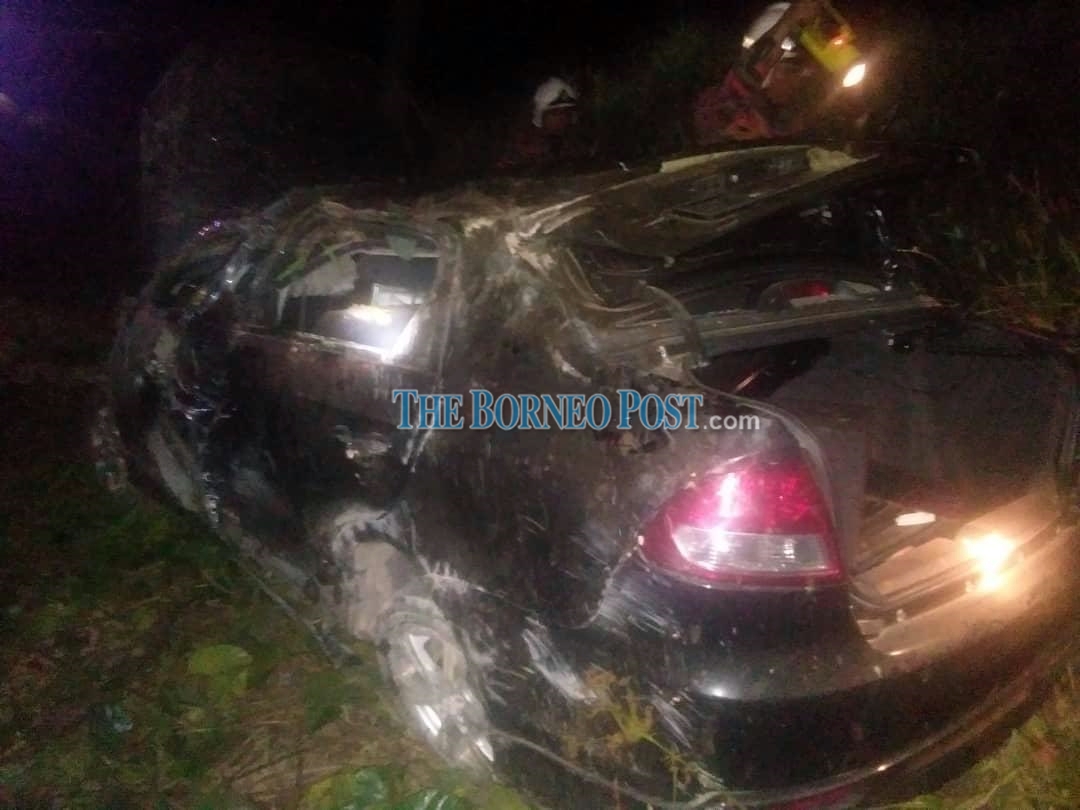 The damaged car at the scene of the fatal accident at KM77 Jalan Kuching – Sri Aman last night.

KUCHING: A married couple perished when the sedan car they were in skidded and landed in a ravine at KM77 Jalan Kuching-Sri Aman around 9.30pm last night.

Serian Police district chief DSP Aswandy Anis who confirmed the accident, said the couple were heading to Serian from Sri Aman when they met with the tragic incident.

“The deceased have been identified as 35-year-old Recca Tutong Sabai (male) from Betong and 37-year-old Mika Giang from Serian,” said Aswandy in a statement.

He added that no other vehicles were involved in the accident, as the driver was believed to have lost control of his car.

Medical personnel who were at the scene confirmed that both victims died on the spot from serious injuries.

Aswandy said the bodies were been transferred to the Serian Hospital for a postmortem.

The case will be investigated under Section 41(1) of the Road Transport Act 1987.

Previous ArticleReport: Taxman sues Najib’s son for RM37.6m in back taxes
Next Article Curfew in ESSZone extended to Aug 24