Thursday, June 4
You are at:Home»News»Sabah»Ranau to host launch of National Month celebration 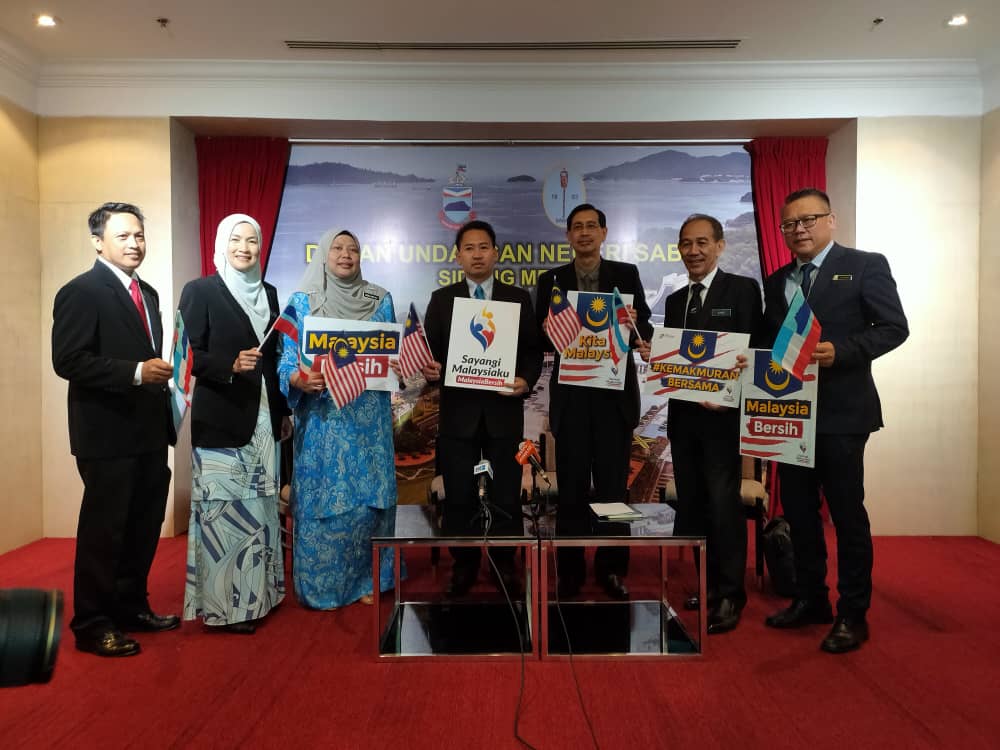 Peter (centre) with members of the organising committee of National Month after a press conference announcing the celebration.

KOTA KINABALU: Ranau has been chosen to host the launching of the National Month celebration and Kempen Kibar Jalur Gemilang (Jalur Gemilang Flag-raising Campaign), which will take place Friday, August 9.

“We have chosen Ranau to host this year’s National Month celebration as well as the Jalur Gemilang Flag-raising Campaign, which will be launched by Chief Minister Datuk Seri Panglima Mohd Shafie Apdal.

“This year, there will be something different whereby those in attendance will be given produce from Ranau, namely cabbages, to promote the district’s agriculture.

“After the launch, the flag-raising tour campaign will commence, which involves programmes in districts around Sabah before ending in Kota Kinabalu on August 31, where the closing ceremony of National Month will be held,” said Peter.

He said each district would organise programmes with cooperation from respective district officers, to enliven National Month celebrations and promote patriotism as well as togetherness among the people, regardless of race or religion.

“In Sabah, for example, although we are made up of various races, we have lived in harmony all these years and we believe these programmes will strengthen our ties,” Peter added.

A turnout of 2,000 is expected during the launch of National Month in Ranau, this Friday.