Saturday, June 19
You are at:Home»News»Entrance fees to be imposed on visitors to new Sarawak Museum, will be cheaper for locals 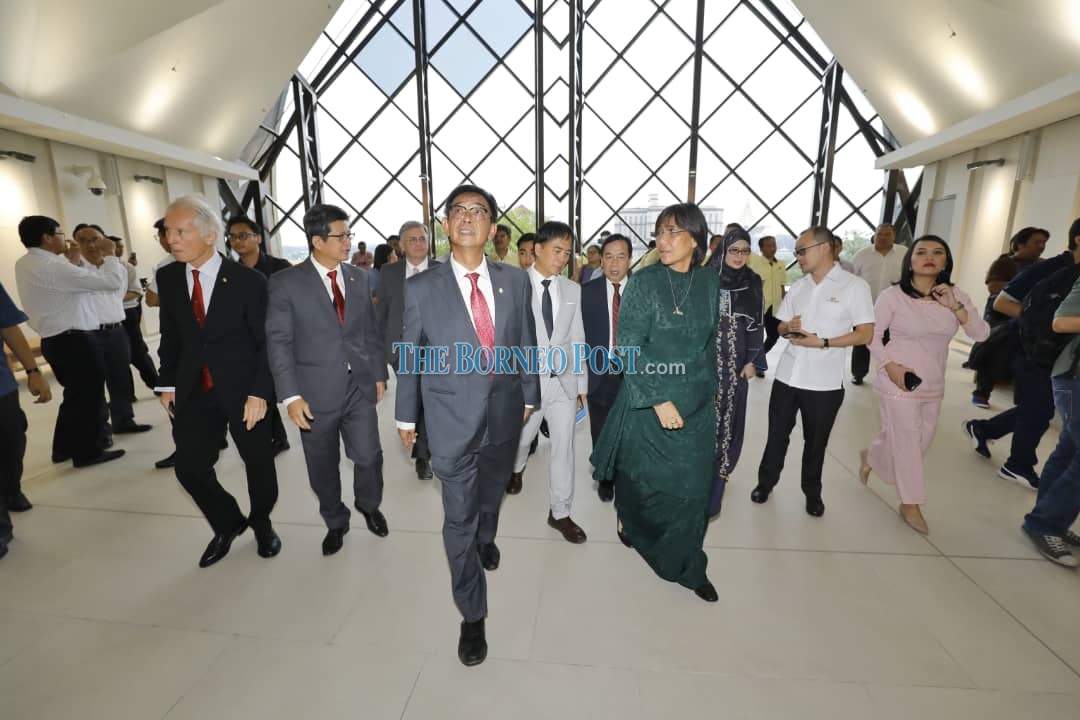 Abdul Karim (centre) with others take a tour of the new Sarawak Museum. Photo by Chimon Upon

KUCHING: Like other museums across the globe, the new Sarawak Museum Complex is expecting payment from visitors, both locals and international.

“Looking at what we are doing now, making it (Sarawak Museum) parallel with how all the other museums in the world are being done, it is very, very costly.

“You can just imagine when you walk inside, the electricity cost alone for this building is huge. We would like to see a little bit of payment to be made by foreigners as well as locals,” he said when approached by journalists at the museum here today.

Abdul Karim was quick to add that the rate for locals would have to be “much, much lower because we want to encourage locals to come over and visit”.

He said the State Cabinet would have to conduct further discussions on the entrance fees to be imposed.

“I cannot be the one to decide. I did discuss about this a little bit in Cabinet. When the time is right, we will decide the entrance fees for this museum and the other museums,” he explained.

He pointed out that the state could even come up with a special pass for visitors to enter all the museums the city has.

“It will be a package. Kuching will have many museums like the Maritime Museum, the Chinese Cultural Museum, the Islamic Museum, this museum (Sarawak Museum) and the Keringkam Museum. We are very proud of that,” he added.

When asked about the capacity of the museum, the minister said they would not expect several thousands of visitors entering the building at any one time.

He said it would not be practical to register such a huge crowd at the museum.

“Nobody wants to go into the museum when they have to be meeting so many people. But I believe it can accommodate many people at one time.

“If there are 100 people in the Old Museum across the street, it is jammed. But this building, with four to five floors, a good cafeteria and a good information centre, will be a nice museum which all of us will be very, very proud of,” he said.

The Sarawak Museum, which was completed in May this year with a total cost of RM323 million, is expected to be open to the public by end of next year.