Wednesday, June 3
You are at:Home»News»Fire at Hamidah Yakub Welfare Complex, Kuala Baram believed to be work of arson 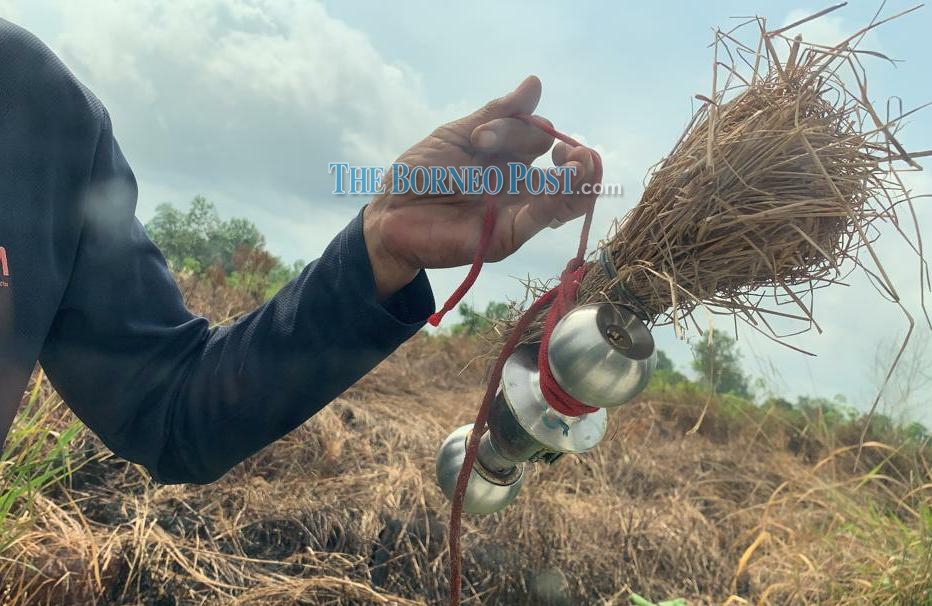 A door knob wrapped with grass is believed to have been the cause of the fire. Photo courtesy of Bomba

MIRI: The discovery of a door knob tied together with dry grass has led the Fire and Rescue Department (Bomba) to believe that the fire that occurred around the Hamidah Yakub Welfare Complex was the result of arson.

The suspicious object, believed to have been used to start the fire, was found in the centre of the land surrounding the area, without any access road nearby.

Under direct sunlight and at high temperatures, the steel door knob is believed to become hot enough to cause the dry grass tied to it to catch fire, with the flames spreading through the surrounding field as a result.

An area of about 50 acres adjacent to the complex is still covered by thick smoke.

The current situation is dire, with Bomba personnel trying to extinguish bushfires occurring near the highway to avoid traffic accidents due to the heavy smoke blocking vision along the stretch of road.