Friday, June 5
You are at:Home»World»Jokowi confirms Indonesia capital’s move to Kalimantan, report says could happen as early as 2024 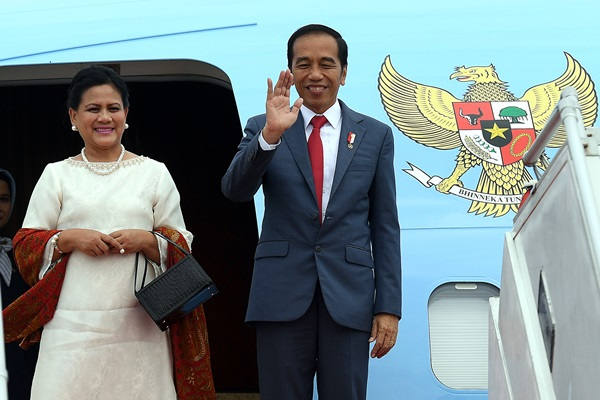 KUCHING: Confirming that the Indonesian capital will move to Kalimantan, which neighbours Sarawak, the country’s president Joko Widodo said on Facebook that only the exact location is still undecided.

“Our capital will move. It will be on Kalimantan island. The location can be in Central Kalimantan, East Kalimantan or South Kalimantan,” he posted on his Facebook page on Thursday

Joko, who is popularly known as Jokowi, added that all aspects of the capital’s relocation was being studied, including the experience of other countries in moving their administrative centres.

“In deciding on the relocation of the capital, my position is not as the head of the administration but the head of the country. We have to see the bigger picture for our people and country for the next 10, 50, 100 years,” he said.

The Indonesian president had expressed his hope, in an interview aired by Astro Awani last week, that Sarawak and Sabah will extend their cooperation to his country on the relocation.

Jokowi had announced his plan to relocate the capital outside Java in May this year, citing the overpopulation on the island and the need to bring about a more equitable development to its territory.

It was reported on July 30 by the Indonesian press that Jokowi had decided on Kalimantan.

Last Thursday, Indonesian news portal, Jakarta Globe, said the move to Kalimantan will take place in 2024 at the earliest and the president will announce the location later this month.

“Whether it be Central, East, or South Kalimantan, it will be decided soon after a presentation of the details [of the viability studies].These are related to disaster risks, environmental capacity … economy, demography, sociopolitical conditions, security and all aspects that must be considered in detail, so the decision we take will be correct for our future vision,” Jokowi said in his opening remarks during a cabinet meeting, the report said.

National Development Planning Minister Bambang Brodjonegoro also said in the report that in addition to enough vacant land, other matters to be considered included forest fires and the availability of water.

The minister said the government would establish an agency to oversee the relocation process. He added that the president also wants the new capital to meet international standards, so it can become a reference point for other cities in Indonesia.

The news website said the project might require about Rp 93 trillion (RM27 billion) from the state budget, but Bambang said the government expects the private sector to contribute to the development of the new capital.

All preparations, including the legal framework, are expected to be completed by next year, so construction can start by 2021.

“We hope to execute the first phase of the capital relocation process by 2024,” Bambang said in the report.

Previous ArticleMiri air quality breaches hazardous levels, API at 389 as of 8am
Next Article Rabies claims 19th victim after man from Padawan confirmed to have been infected