Thursday, July 2
You are at:Home»Sports»Bodybuilding contest to be part of Sibu International BASE Jump 2019’s events 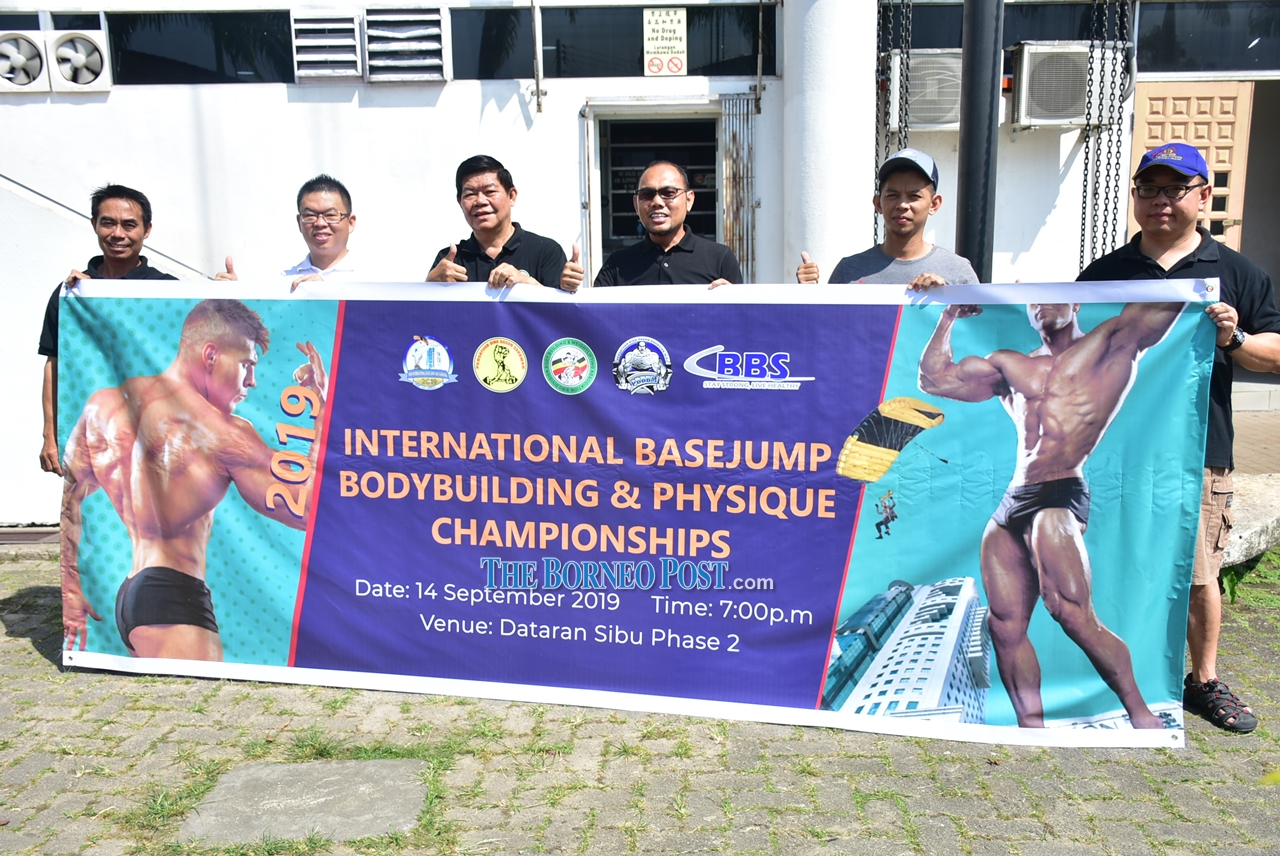 SIBU: A bodybuilding and physique competition will be held in conjunction with this year’s Sibu International BASE Jump.

The ‘International BASE Jump Bodybuilding and Physique Championships 2019’ is set to be staged on Tun Tuanku Bujang Square Phase 2 here this Sept 14, commencing at 7pm.

The competition is being organised by the Sibu Division Bodybuilding and Weightlifting Association (SDBWA), in collaboration with the Sibu Divisional Tourism Task Group under Sibu Resident’s Office.

According to SDBWA president Chia Soon Cheong, the participation is open to all Malaysians, aged 16 and above.

Those aged below 18, however, must obtain consent from their parents or legal guardians before their applications are accepted.

“The competition has three categories — Men’s Physique, Men’s Bodybuilding 70kg and Below, and Men’s Bodybuilding 70.1 and Above. In addition, there will also be a subsidiary title, ‘Best Poser’, for one contestant who displays the most eye-catching solo performance on stage.”

Sibu BASE Jump – the first was during the Kenyalang Strongman 2018.

“We feel honoured to be part of this world-class event. Although bodybuilding is quite different from BASE jump, both are considered a sport that requires high precision, strict preparations, top-level discipline and steely determination,” said Chia.

For the Men’s Physique category, the winner will take home RM1,000, plus trophy, medal and supplements, while the first and second runner-up will bag RM500 and RM200, respectively.

For each of the Men’s Bodybuilding categories, the winner will pocket RM2,000 plus trophy, medal and supplements, while the first and second runner-up will bag RM1,000 and RM500, respectively.

For the winner of the ‘Best Poser’ subsidiary title, the cash prize is RM300.

All contestants will receive souvenir medals.

Registration and weight-in session for contestants will take place on Level II of Kingwood Hotel here this Sept 14, commencing at 9am.