Sunday, July 12
You are at:Home»News»Dr Jamilah: Stay indoors to reduce risks of haze 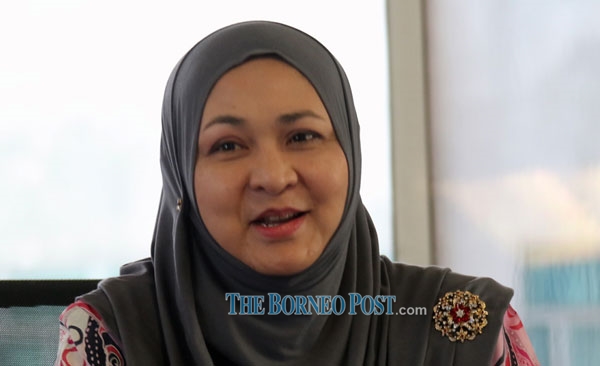 KUCHING: Members of the public should stay indoors as much as possible to reduce the risks of haze, advises Sarawak Health Department director Dr Jamilah Hashim.

In a statement today, she said that due to the recording of hazardous Air Pollutant Index (API) by the Miri Industrial Training Institute (ILP) air quality monitoring station, which reached 396 as of 5pm, the department had released a few guidelines to reduce the risk of haze.

“Try to stay indoors as much as possible and reduce the frequency of outdoor activities. If you need to be outdoors, wear face masks.

“Drink at least eight glasses of water to stay hydrated, and frequently wash your face and other areas that have been exposed to haze,” Dr Jamilah said.

She added that those suffering from asthma, coughing, flu, eye pain or chronic lung infection should not hesitate to seek medical attention if their illnesses got worse.

She also urged drivers to utilise the air recirculation in their cars and to turn on their low beams for safe driving.

According to the Department of Environment’s MyIPU app, the areas of SK Kuala Baram 2 and Miri recorded moderate API readings of 84 and 96 respectively as of 5pm.