Monday, May 25
You are at:Home»News»Sabah»Illegal garages built close to drains along Sim Sim 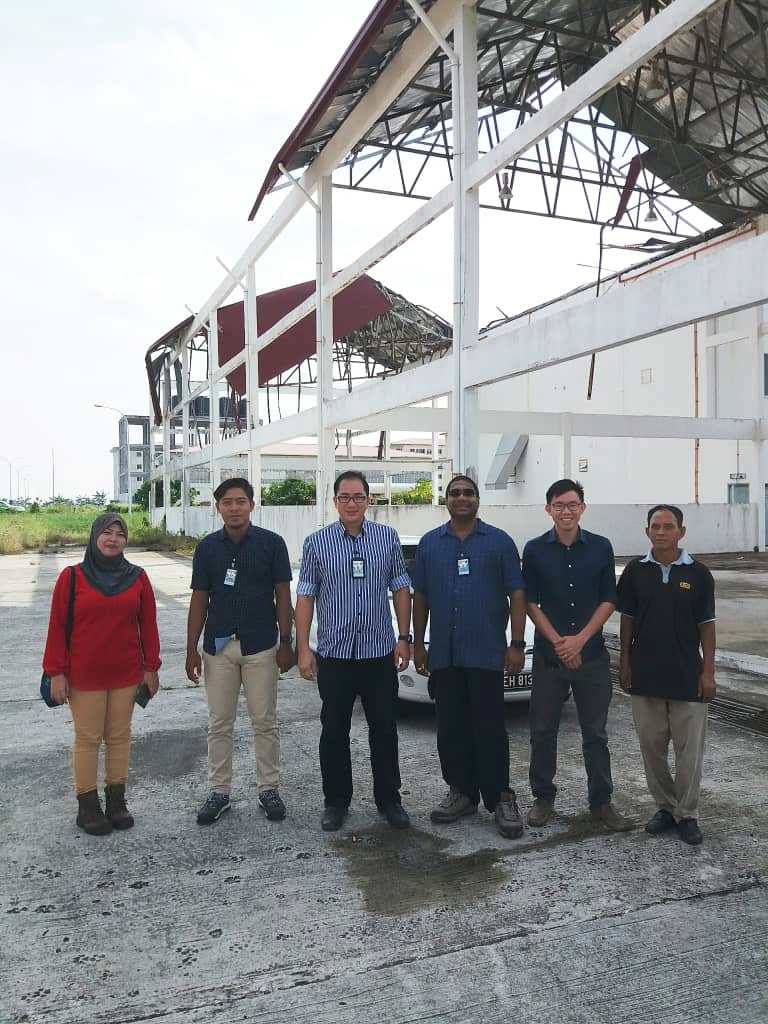 HPUC and JKR personnel in front of the sewerage treatment plant and pump house building with blowndown roofing at Taman Harmoni.

SANDAKAN: Members of the Sandakan Municipal Council’s Highway and Public Utilities Committee (HPUC) have gone around Sandakan again to actively seek out problems faced by locals.

Their most recent site visit was to the Sim Sim area followed by another one to the fairly new PPR project of Taman Harmoni.

Along the Sim Sim Road, they found that the drains were heavily silted and blocked.

Adding to the problem, drain clearing could not be properly done as there were a lot of illegal garages built very close to the drains along the road. These structures badly affected drain clearing efforts.

“We will ask JKR to help by issuing notices to those concerned to vacate the area, failing which the structures will be demolished. Otherwise proper clearing work cannot proceed,” said Taren, the Head of the HPUC.

“We hope those responsible for putting up the illegal garages will cooperate and act quickly as JKR wants to clean up the drains as soon as possible before the coming monsoon season,” Taren said.

He also pointed to the many unkempt overgrown trees in the area some of which were actually growing out of the drains.

He said that Sandakan Municipal Council will act on this. However, he also said that SESB and telecommunication companies will be asked to trim trees and branches that affected structures and cables erected by them.

“The most obvious problem is the roofing of the Sewerage Treatment Plant & the Pump House. Since the roof was badly damaged by a fierce storm sometime last year, sheets of the metal roofing have been left dangling precariously.

“This situation calls for urgent attention as the safety of the residents at Taman Harmoni is at risk.

“In the event of another storm occurring, sheets of metal roofing material could be sent flying dangerously around and cause serious injury,” he warned.

Taren said that since the roof of the pump-house was also damaged, expensive equipment could be exposed to damage by the elements.

“We hope JKR will push for prompt repair so as to prevent further damage,” he elaborated.

The joint HPUC and JKR Team also found the area around the building in a sorry state with weeds and shrubs growing uncontrolled all over the place.

On another matter, members of HPUC also paid a courtesy call on Frazer Bin Duing, the Sandakan District Engineer of the Drainage & Irrigation Department.

“We had very fruitful talks on how to jointly tackle local problems. In fact we recently teamed up with the D & I Department to look into flash floods at the Sungai Anib area.

“We also discussed recent flooding issues at Sungai Mamanjang and Sungai Gum Gum. For a start, we were asked to advise residents not to build their houses too near the rivers as such structures make it very difficult to carry out de-silting work.

“The necessary machinery & equipment will not be able to move into place to do the job,” said Taren.

He added that HPUC has been in close contact with many different Government departments and agencies to study ways and means to alleviate problems faced by the people of Sandakan.