Saturday, August 15
You are at:Home»News»Sarawak»Bintulu student’s essay to be included in food writing anthology 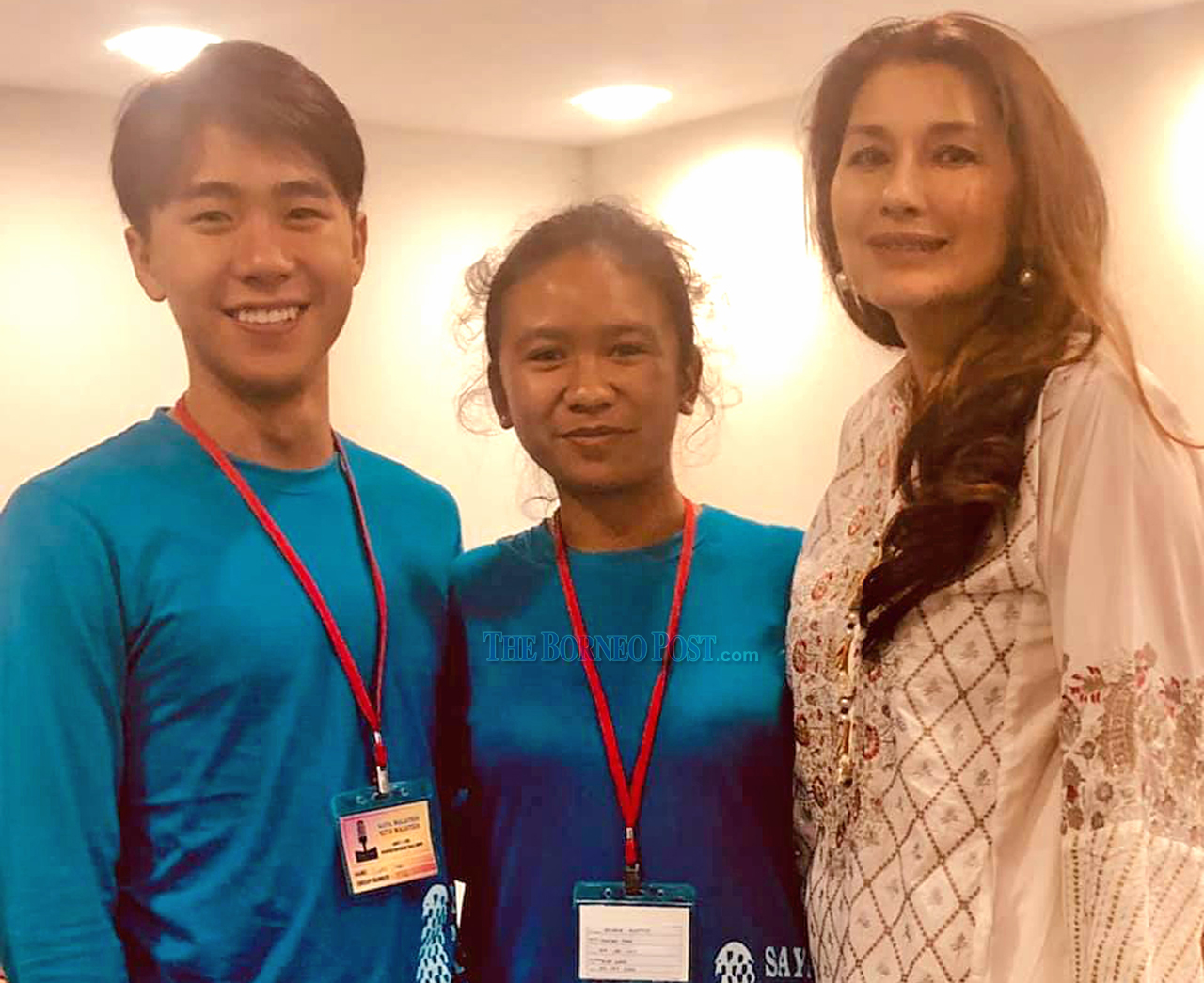 Golinia is flanked by Bettina and Zhao at the storytelling camp.

The 16-year-old recently took part in a closed competition that was part of ‘Saya Malaysia, Kita Malaysia’ – a national English-language storytelling camp organised by Fulbright Foundation’s English Teaching Assistants (ETAs), who come to Malaysia for 10 months every year to teach in rural schools.

Award founder and director Bettina Chua Abdullah said the ETA in charge of the camp contacted her to ask if she would contribute to it.

“I suggested a food writing competition of up to 500 words, in which the writer would prepare an essay with the broad theme of food and community.

“From the submissions, the ETAs shortlisted 20 best entries, which were then forwarded to me. I selected one winning essay, and six honourable mentions. Two of the honourable mentions were also from Sarawak,” she told The Borneo Post.

The results were announced on Aug 3 during the camp, which took place in Kuala Lumpur.

Bettina identified Golinia’s essay, ‘A Greeting of Cassava’, as the winning essay for many reasons.

“It painted a lovely picture of a warm, respectful, and affectionate relationship with her aki (grandfather), and how the preparation of a dish of manok pansoh was a way for her to keep alive treasured traditions within a community that has been swept up in a rapidly changing world,” she said.

The ETA who teaches at Golinia’s school, Hunter Zhao, noticed that many students, where English is their second language, often assume that good writing requires verbosity.

He was impressed to find Golinia has a masterful control over narrative momentum.

“She is unafraid to tackle what would otherwise be considered as a mundane scene – the casual preparation of manok pansoh. She understands how to elevate the everyday. In this ‘casual preparation’ with her grandfather, we learn many things.

“We understand the dish’s significance within the Iban community. We get a delicate glimpse into the violent insurgency of Sarawak’s past, which remains in the memories of its inhabitants today. We appreciate the subtle complexities of a traditional dish, which is becoming more scarcely served in an age of mass urbanisation,” he said.

The anthology, in which ‘A Greeting of Cassava’ will appear, will be released at Penang’s George Town Literary Festival, which runs from Nov 21-24. This is the first anthology for the award, which is in its third year.

On a related note, Bettina encouraged writers from Sarawak to submit entries for The Fay Khoo Award this year, which is currently open for entries until Sept 15.

“Borneo has a rich, diverse, and fascinating food heritage that few people know about.

The aim of the award is to recognise new talented voices, and to encourage and develop excellence in food and drink narratives.

This year, awards will be presented to the three best entries. Writing must fall into the categories of personal narrative, reportage, or creative non-fiction, and must be in English, not exceeding 2,000 words.

Anyone over the age of 16 years at the time of the closing date, who is a citizen or resident of Asean countries, may submit up to three entries.

There is a fee of RM20 per submission to cover administrative costs.