Wednesday, August 4
You are at:Home»News»Sabah»Chef Jit, a humble chef cooking for royalty 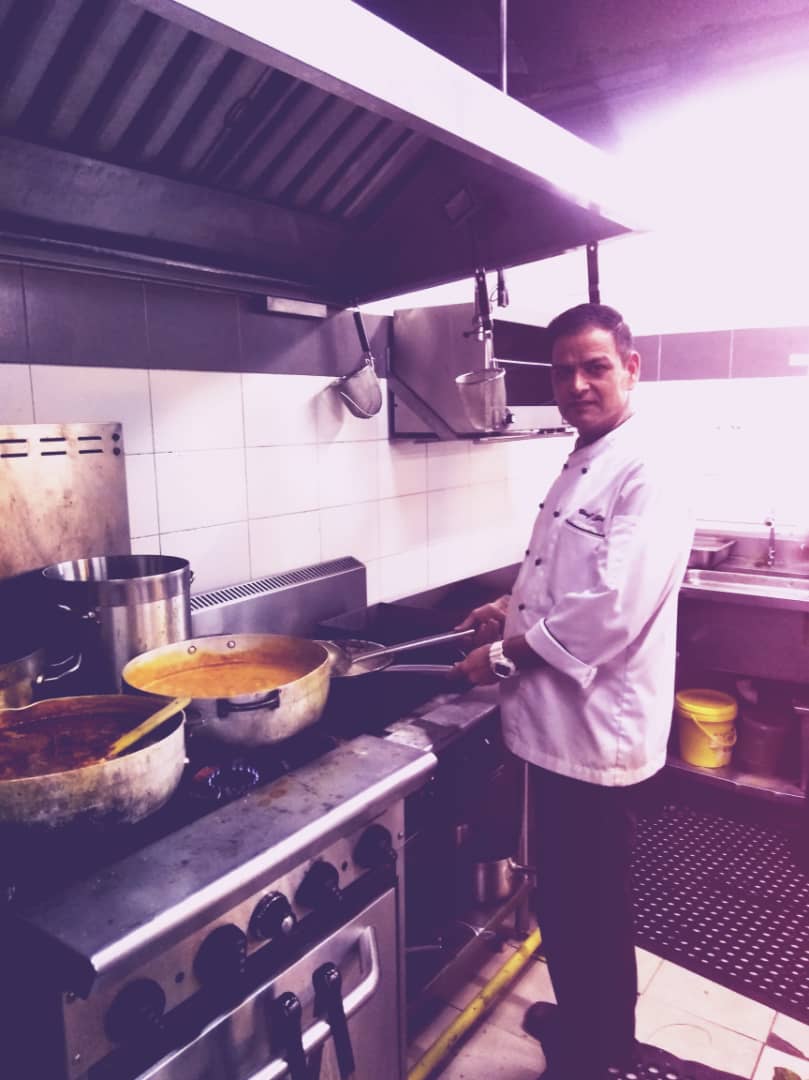 THE opportunity to meet the royalty is few and far between, but to cook for them is a chef’s wildest dream come true!

Those were Chef Jitinder Singh’s words when asked about his many achievements cooking for royalty when he helmed one of Kota Kinabalu’s prestigious fine dining restaurants, the Spice Island Restaurant at the Sutera Harbour Marina, Golf and Country Club.

It was during his tenure as Indian chef at the notable Spice Island Restaurant that his skills and talents in preparing the finest Indian menu were put to the test.

He attributes his flair for cooking and talents in crafting new recipes to his teenage days when he had to cook for his dad, who was an army officer at that time stationed in New Delhi.

Bored of cooking the same style was what pushed Chef Jitinder to attempt to use various herbs and spices in his cooking forays and throughout the years he perfected his recipes and his cooking techniques.

Chef Jit, as he is known, has a rare talent in crafting Indian recipe. That talent has earned him many opportunities to cook for royalty, including the Sultan of Brunei, during one of His Majesty’s official visit to Kota Kinabalu.

Despite having cooked for various dignitaries, Chef Jit is humble to accept that achievements will come and then be forgotten, but his personal goal in pursuit for personal satisfaction in dishing out new Indian food recipes continues.

Among the many recipes he has crafted, his famous signature dish is his chicken curry, which Chef Jit is quick to share his expertise and cooking techniques when cooking a chicken curry.

His greatest secret is his special ingredients and a secret combination of herbs and spices filled with rich flavour and texture as well as a balance of colour that results in a delicious curry.

Recalling his high school days when he had to cook for his dad, he had many trials and error before finally presenting a fine meal for his dad.

Seeing his son’s interest in the art of culinary, his dad enrolled him at the Institute of Hotel Management, Pusa, New Delhi, India.

Guidance of professional chefs helped Chef Jit to understand food and cooking techniques and this has helped him find his own food style.

Defying the norm, Chef Jit took up the position to lead the culinary team at the Manukan Island Resort.

In a normal island menu, it is quite rare to find Indian cuisines. It is this challenge that brought him to make a difference. Backed by his culinary team, Chef Jit began his responsibility by crafting Indian menu for locals and foreign tourists to savour during their excursion to the island.

The Manukan Island Resort is a luxury private island resort. This serene retreat offers exquisite accommodation, sophisticated cuisine and unparalleled water sports activities in one of the most pristine corners of the world.

The Manukan Island Resort near Kota Kinabalu City is a hideaway that is one of the five tropical islands that comprise the Tunku Abdul Rahman Park.

Chef Jitinder’s love for Indian cuisines is his greatest inspiration to continue to make new recipes. He hopes to someday make a cook book to compile all his recipes and hope this will help Indian food aficionados to be able to cook their own favourite Indian food.

To be a good chef, he believes that one must always practise because practise makes perfect and to keep working on new recipes all the time.

Previous ArticleMinistry’s new approach to get feedback at festive gatherings
Next Article Fulfill promises made to Sabah, Yong urges DAP