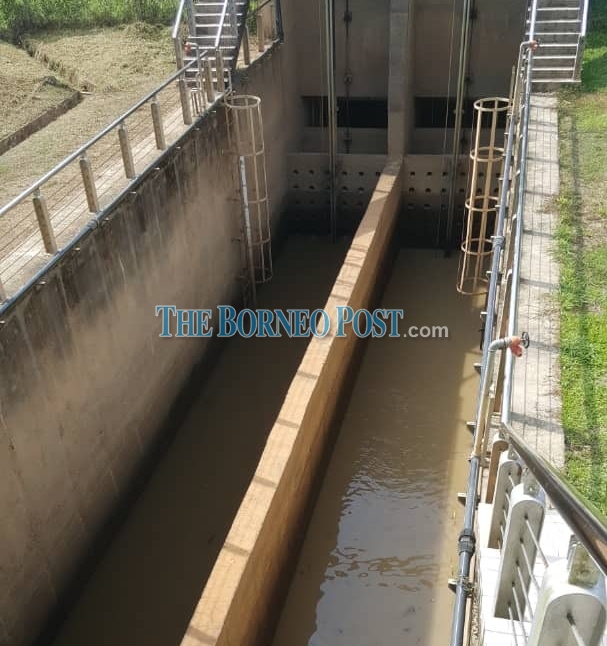 Sri Aman’s Bayai Water Intake is drying up due to the dry spell.

KUCHING: Sarawak’s Utilities Ministry is urging residents in Mukah and Sri Aman districts to begin conserving water due to disruptions in water supply.

It said in a statement today that the raging forest and peat soil fires in Mukah District have disrupted water supply to Kpg Penipah, Kpg Tekajong and Kpg Bruit.

“JBALB staff are not able to access the site to determine the extent of the damage and undertake repair works due to thick smoke and heat from the fire,” the ministry said.

In Sri Aman district, the ministry said the water level at the Bayai Water Intake was at a critical level and production has been reduced.

It said JBALB was carrying out dredging works at the water intake areas to alleviate the low water production, pointing out that a notice was sent earlier that water supply could be affected by the dry spell.

“Due to the prevailing dry spell, the consumers are also urged to conserve water and prudently utilize the water consumption,” it said, adding that water tankers were on standby and ready to deliver water to the affected areas.

The Borneo Post had reported yesterday that Sarawakians can expect the weather to improve in October with the change in the prevailing dry South west monsoon.

Sarawak Meteorology Director Wong Teck Kiong said, however, there would be rain interspersed between now and the end of October.

“We expect the persistent south westerly winds now to slacken towards the middle of next week and there will be a monsoon break when we will get more rains but overall it is still dry,” he said.