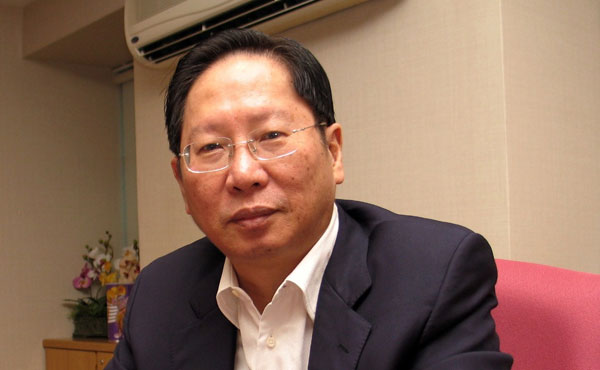 KUCHING: Temenggong Dato Vincent Lau, a former chairman of Dong Zong, said today it was improper for government leaders to resort to name-calling against those who disagreed with its decisions after Tun Dr Mahathir Mohamad branded the Chinese education group as “racist”.

“When the people oppose, you call them racist,” he told online news portal FMT, adding that the prime minister’s comments were unfair.

“The government is just too insensitive to the voice of the people. The prime minister and his ministers are appointed for all Malaysians, not just one particular group,” said Lau, who was chairman of Dong Zong or United Chinese School Committees’ Association of Malaysia from 2015 to 2018.

Dr Mahathir yesterday described Dong Zong as racist as it had never agreed with national education policies, including the introduction of Jawi calligraphy in schools, a Bernama report said.

The prime minister said the group had also protested against the setting up of Vision School (Sekolah Wawasan) for fear of Chinese students mixing with other races.

“Dong Zong is racist; we set up a campus in Vision School to put a Sekolah Jenis Kebangsaan (SJK) Cina, a SJK Tamil and a sekolah kebangsaan (national school) in one campus, but they were against it.

“They are afraid to let their children mix with Malays, so they did not want it. They are against all (implemented by the government), never agreed with anything,” he said when asked to comment on Dong Zong’s move to organise a petition to protest the learning of Jawi calligraphy in vernacular schools.

Dr Mahathir pointed out that the decision to introduce khat was made in 2012 by the previous government but the group did not raise its objection at that time.

He said the present government is practising a more open policy for groups to voice their views compared to the earlier government.

FMT, in its report today, also quoted Klang MP Charles Santiago as saying that Dr Mahathir’s remarks were indicative that the situation was getting out of hand.

“It just goes to show what happens when the government does not consult the people. Accusing Dong Zong of racism just shows we are not engaging stakeholders enough,” he said.

The DAP elected representative said he was not against anyone learning khat but the different Pakatan Harapan parties should strive for a consensus on the khat policy.

“Labelling those who don’t agree with the government all sorts of names does not help anyone. We are talking about a New Malaysia that believes in doing things differently.”

This morning, DAP veteran Lim Kit Siang said in a statement that Dr Mahathir was wrong to have branded Dong Zong as “racist” but the group was also wrong to have claimed that the khat lesson was the beginning of Islamisation.

“Both these incidents illustrate the gravity of the misperception that engulfs the subject of khat in Chinese and Tamil primary schools,” he said.

Though he said he was caught unawares about the government’s move until the controversy erupted, Lim also pointed out that the decision to introduce khat in vernacular schools was made by the Education Ministry in 2015.

As such, he said had there been no change of government in the general election in May last year, the implementation of the Education Ministry’s decision would probably result in “Three Wants – want to be compulsory, want to have examination and want students to learn khat.”

“As a result of DAP intervention in Cabinet, the “Three Wants” had become “Three Nos” – no compulsion, no examination and no learning/writing of khat, but only an introduction,” said Lim.