Wednesday, July 8
You are at:Home»News»250kg crocodile subdued by Bomba in Serian 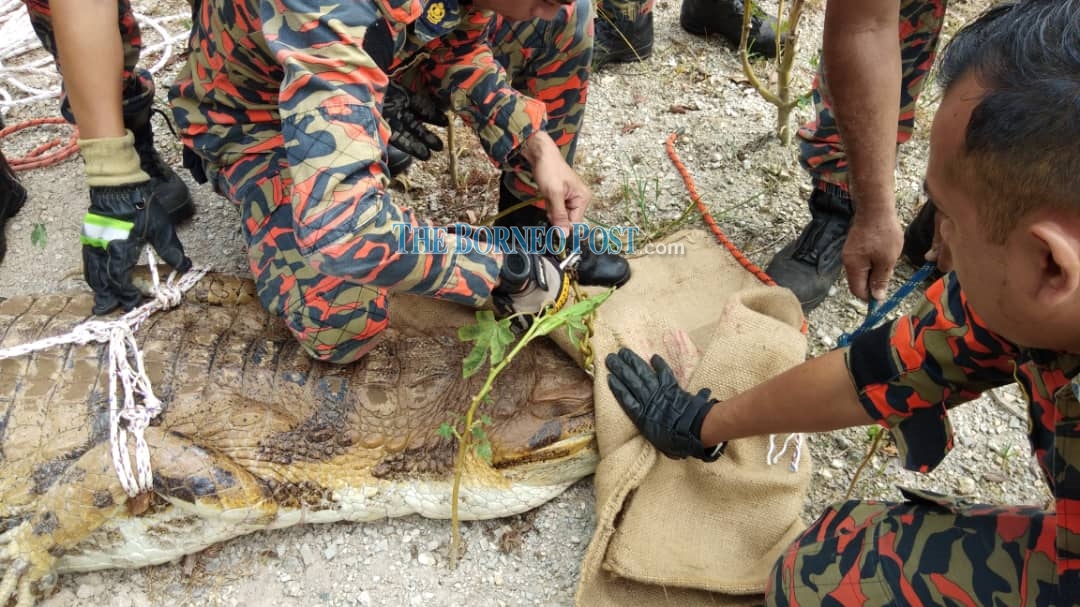 The crocodile, which had a unique tan color, was subdued successfully by Bomba personnel.

KUCHING: A three-meter long crocodile weighing 250kg was caught by the Fire and Rescue Department (Bomba) personnel at Mile 35 along Jalan Berjaya, Serian here this morning.

According to a Bomba press statement, the crocodile was caught after it was hooked by fishing bait set in the area at around 8.45am.

The team of nine Bomba staff managed to control the the crocodile by covering its head with a gunny sack and tied up its limbs with rope before pulling it ashore.

The estuarine crocodile had unique lighter tan coloring instead of the normal darker green, and measured about three metres long.

The reptile has been handed over to the National Parks and Wildlife Department Sarawak for further action.