Sunday, July 12
You are at:Home»News»Canada murder suspects died in ‘suicides by gunfire’ 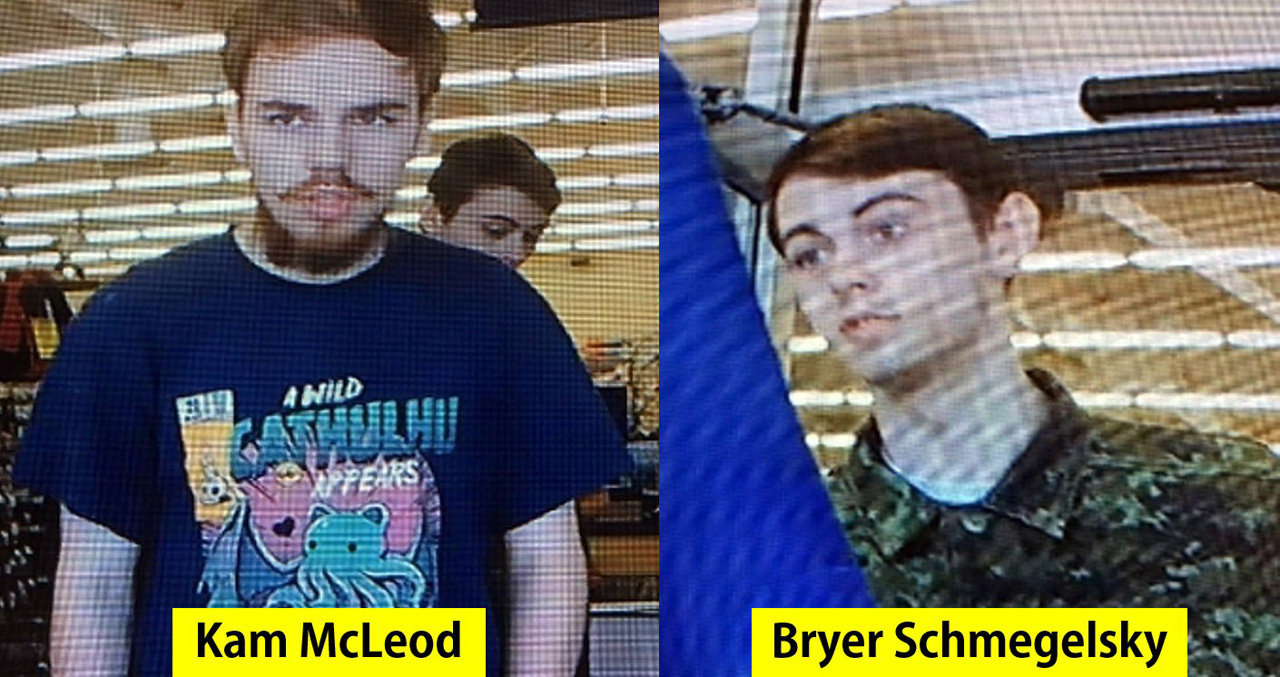 OTTAWA: Autopsies confirmed that two bodies discovered in the Canadian wilds are those of teen murder suspects who apparently took their own lives after weeks on the run, police announced Monday.

“The two died in what appears to be suicides by gunfire,” federal police said in a statement.

Kam McLeod, 19, and Bryer Schmegelsky, 18, wanted over the murders of an Australian man and his American girlfriend, as well as of a Canadian university professor, had led police on a cross-country manhunt.

Initially, the pair were reported missing themselves after their car was found torched in British Columbia province, but police then discovered the third body, and the teens were named as formal suspects.

Last week, police closing in on the pair had found items linked to the suspects on the shores of the Nelson River. They also found a battered aluminum boat. Their remains were soon found in dense brush in the central province of Manitoba about eight kilometers from a burned-out stolen vehicle belonging to one of the victims, discovered on July 22. It is unclear when exactly the pair died.

However, police said there are ‘strong indications’ that they had been alive for a few days since last being seen near the town of Gillam, Manitoba — which had sparked a massive police search of the area. Police deployed tracker dogs, a drone and search planes equipped with infrared cameras to comb the difficult, forested and swampy terrain, which was infested with mosquitos and home to bears and wolves.

The Royal Canadian Mounted Police (RCMP) said they are conducting a forensic analysis of two firearms located with the teens in order to confirm that these were used in the British Columbia murders.

Investigators and the RCMP behavioral analysis unit are also continuing to try to piece together the events that lead to the murders. Their findings are to be released in the coming weeks.

McLeod and Schmegelsky, who were childhood friends, had led police on a more than 3,000-kilometer chase halfway across the vast country to Manitoba province.

They had been wanted over the murders of Australian Lucas Fowler, 23, and American Chynna Deese, 24, who were discovered shot to death on July 15 along a highway in British Columbia.

Fowler had been living in British Columbia, local media reported, but the pair had been traveling extensively. Deese’s family told US media that the couple had embarked on a road trip through Canada.

Authorities then found the body of 64-year-old Leonard Dyck, a botany professor at the University of British Columbia, on July 19. RCMP Assistant Commissioner Kevin Hackett has said it would be ‘extremely difficult for us to ascertain definitively what the motive was.’

In an interview last month with the Canadian Press as the manhunt ramped up, Schmegelsky’s father said his son was deeply troubled and had never recovered from his parents’ divorce in 2005.

He said in an interview with Australia’s ‘60 Minutes’ aired Sunday that “his troubles are over. I’m so sad that he felt that he had to take this road trip.”

“I’m so sorry for what’s happened,” he said, but added in defence of his only son: “I’m not going to say my son is a murderer until I get some facts.”

Kennedy Deese, sister of one of the victims, dismissed his comments, saying in a Facebook post: “Your sorrow is for yourself.

“To the murderers and their family, the appropriate action when mistakes are made is taking responsibility. The proper public response would have been a genuine apology. But we still forgive you and have mercy.” — AFP