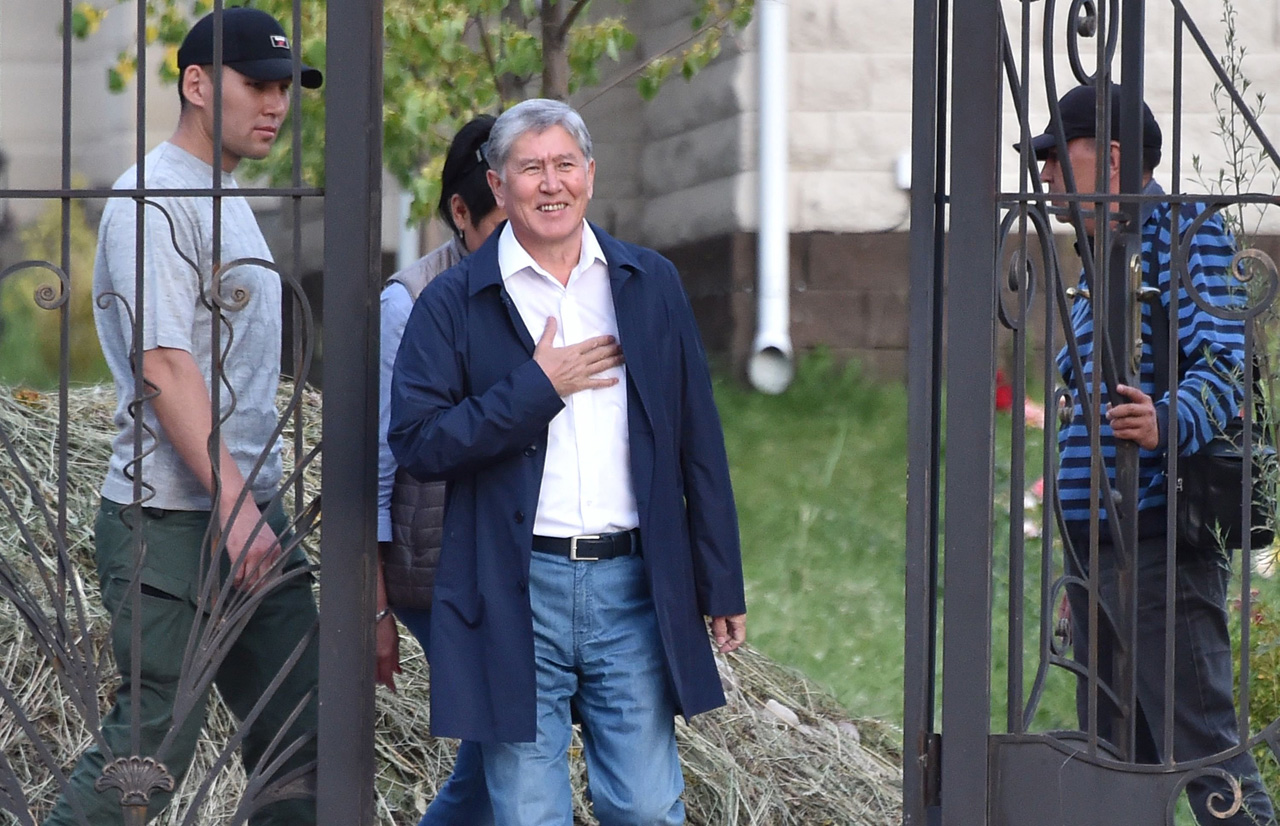 Atambayev stands at the entrance to his residence in the village of Koi-Tash near the capital Bishkek. — AFP file photo

BISHKEK, Kyrgyzstan: AFP Kyrgyzstan’s ex-president Almazbek Atambayev was plotting to overthrow the government before he was detained in raids on his compound, the country’s security services said yesterday.

Last week’s arrest of Atambayev, who was president from 2011 to 2017, has raised fears of new political turmoil in the Central Asian nation.

He was seized in a massive security operation on Thursday after an attempt to detain him the day before sparked lethal clashes between his supporters and law enforcement.

“He wanted bloodshed. His intention was a state coup,” Orozbek Opumbayev, the head of the national security services (GKNB), told a news conference in Bishkek.

The head of the state prosecutor’s investigations department said Atambayev would also be investigated for organising attempted murder, after he and his supporters took up arms during the clashes with law enforcement, which left one officer dead and more than 130 people injured.

Kyrgyzstan, which has seen two revolutions in less than two decades, is caught in a standoff between Atambayev and his protege-turned-foe President Sooronbai Jeenbekov.

Prior to his arrest Atambayev had ignored three police summonses for questioning in connection with the release of a well-known underworld figure, ethnic Chechen Aziz Batukayev, in 2013 during his presidency.

The case was among five criminal cases in which Atambayev figured before the clashes at his residency outside Bishkek sparked further investigations.

Farid Niyazov, who served as chief of staff to both Atambayev and Jeenbekov, was detained Thursday over the holding of several special forces officers hostage and organisation of mass unrest as the raid on Atambayev’s compound descended into chaos.

Several other Atambayev supporters including two sitting lawmakers have been questioned in connection with the clashes.

Jeenbekov and Atambayev were once friends, and the former leader backed the incumbent in the 2017 election, triggering accusations that administrative resources were used to sway the vote.  That vote marked an unprecedented peaceful transfer of power between heads of state in the Muslim-majority nation of six million people.

The standoff has drawn in Russia — the country’s Soviet-era master and traditional political patron — where hundreds of thousands of Kyrgyz work as migrant labourers.

Last month Russian President Vladimir Putin met with both Jeenbekov and Atambayev in Moscow in a bid to defuse the confrontation. — AFP