Monday, August 10
You are at:Home»News»Educators told to develop system to address national welfare, aspirations of community 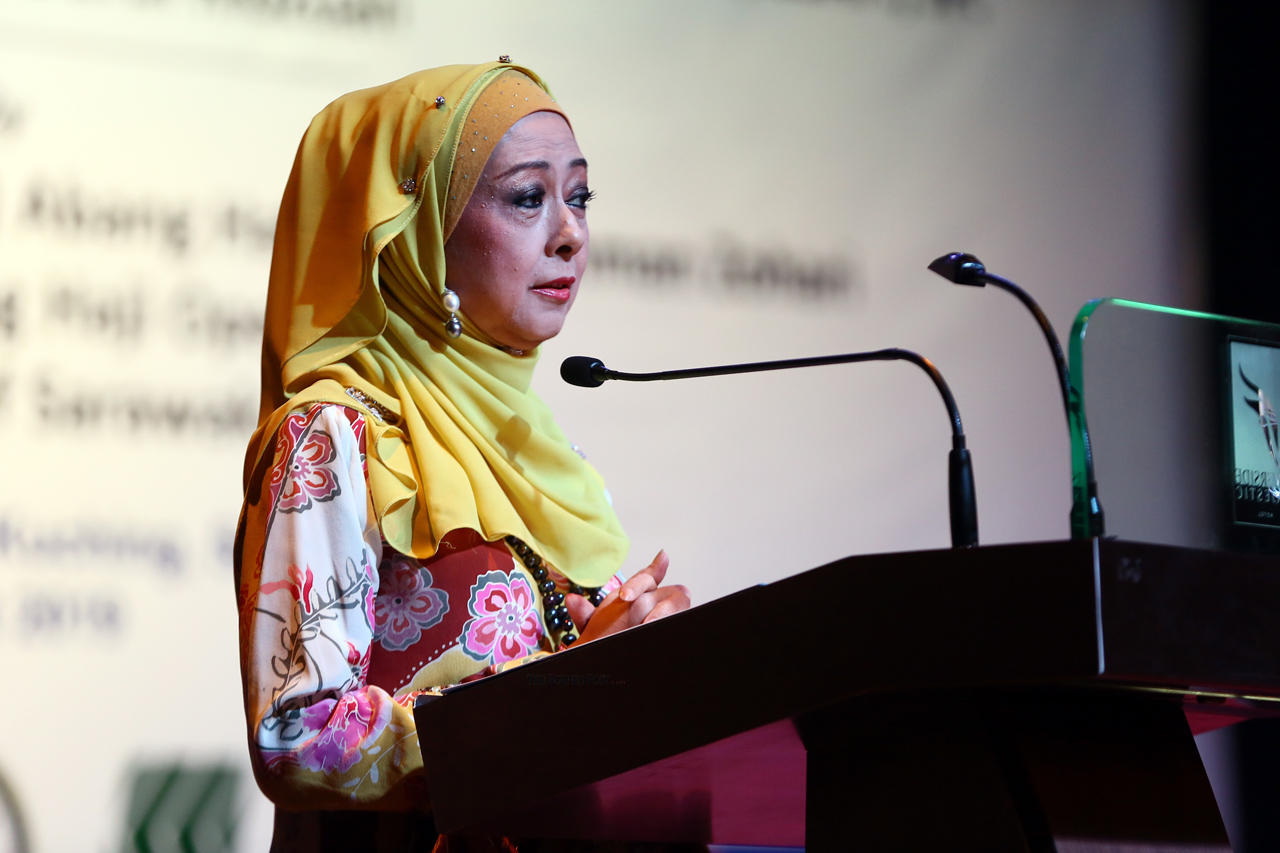 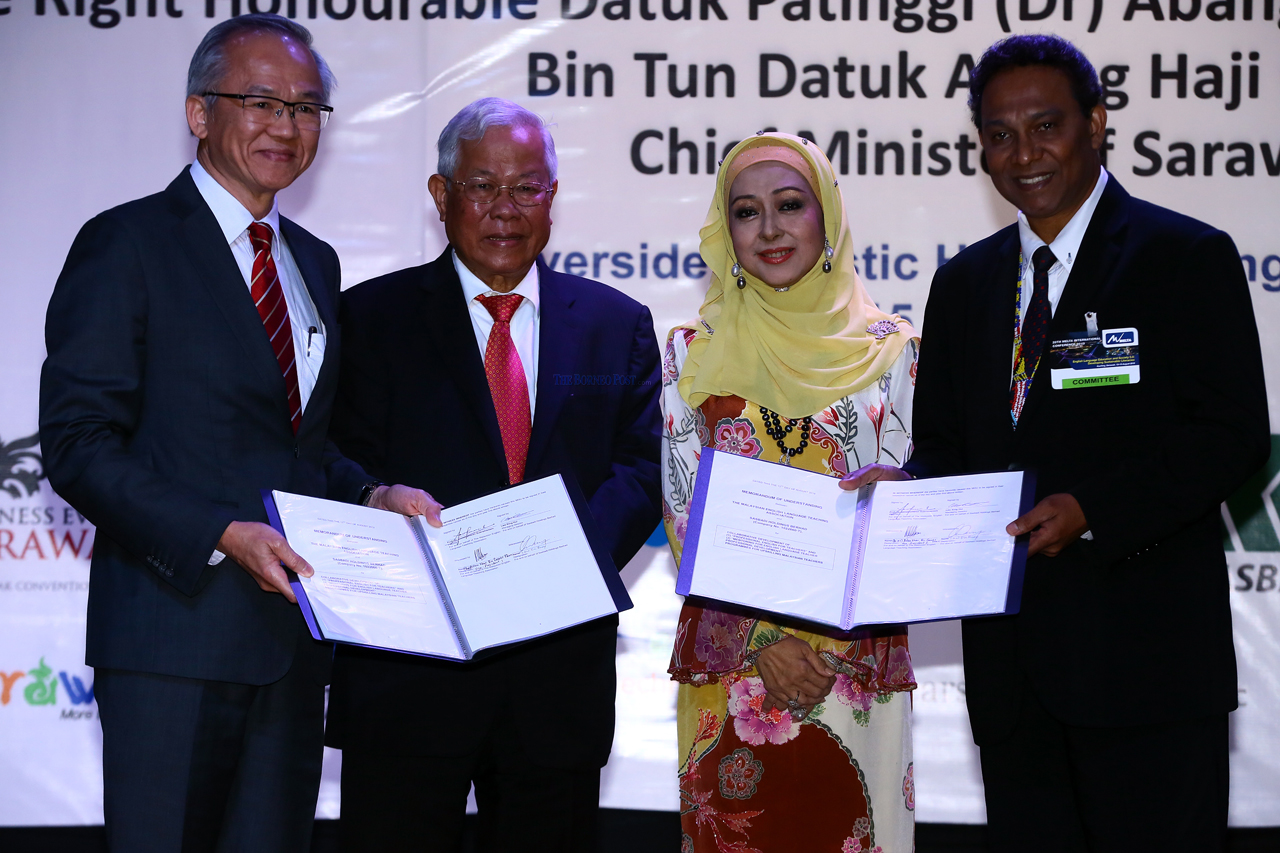 KUCHING: Education practitioners have been urged to develop a system to address the broader national welfare and aspirational needs of the community.

They should also look beyond the micro-economic and ideological formulations in developing quality education for all, at least from the Malaysian context, Raja Puan Besar Perak Raja Nazhatul Shima Sultan Idris Shah said.

“The lesson for Malaysia in all this is that we move forward, let us not leave people behind,” she said when officiating at the 28th Malaysian English Language Teaching Association (Melta) International Conference at a leading hotel here yesterday.

She added that Artificial Intelligence (AI) also plays a prominent role in education and the time is ripe for people to embrace the technology in teaching the English language.

“In China, Artificial Intelligence has been used to develop an English-language curriculum for Mathematics,” said Raja Nazhatul, adding students will get personalised online support to learn Mathematics in English.

She believes that Malaysia is a country that places great importance on the delivery of quality education, which is reflected by the fact that the education sector consistently receives the largest allocation from the government’s annual budget.

Meanwhile, Raja Nazhatul apologised for her sister Raja Permaisuri of Johor, Raja Zarith Sofiah Sultan Idris Shah ?who is a Royal Patron for Melta – for not being able to make it for the event as Johor is preparing for her 60th birthday today (August 14).

Meanwhile, Education, Science and Technological Research Minister Dato Sri Michael Manyin said the English language plays a crucial role in unlocking the doors of knowledge and skills as it is an undeniable fact that many of the academic books and references are written in the language.

“The English language classroom is a perfect setting for promoting creativity and critical thinking whilst inculcating the right values,” said Manyin.

Pointing out that China has a huge population of 1.4 billion people, he opined that the Mandarin language might soon become a language of commerce and many people from European countries are taking Mandarin class to master the language.

He said that Sarawak will be first state to implement the teaching of Science and Mathematics subjects in English next year, starting with Primary One pupils, in response to the offer by Ministry of Education.

It was previously reported that a total of 2,657 teachers are needed to undergo training for the programme which Manyin said would begin next month.

However, he pointed out that only Chinese primary schools in the state will not be following the state government’s proposal to teach both subjects in English as they have their own policy.

“We are ready to launch the programme next year. We will begin training the teachers next month and the money has already been approved by the state government,” said Manyin.

Manyin hoped the conference would be an opportunity for the delegates to exchange ideas and deliberate on current trends in teaching the English language while planning for future collaborative engagements.

The conference witnessed the exchange of memorandums of understanding (MoUs) between Sasbadi Holdings Berhad and Melta and also between Cahaya Educational and Training Academy and Melta to jointly develop English up-skilling programmes in the country.

Held from August 13 to 15, the conference is attracting about 500 delegates from over 30 countries and aims to showcase current and cutting edge developments in English language education. 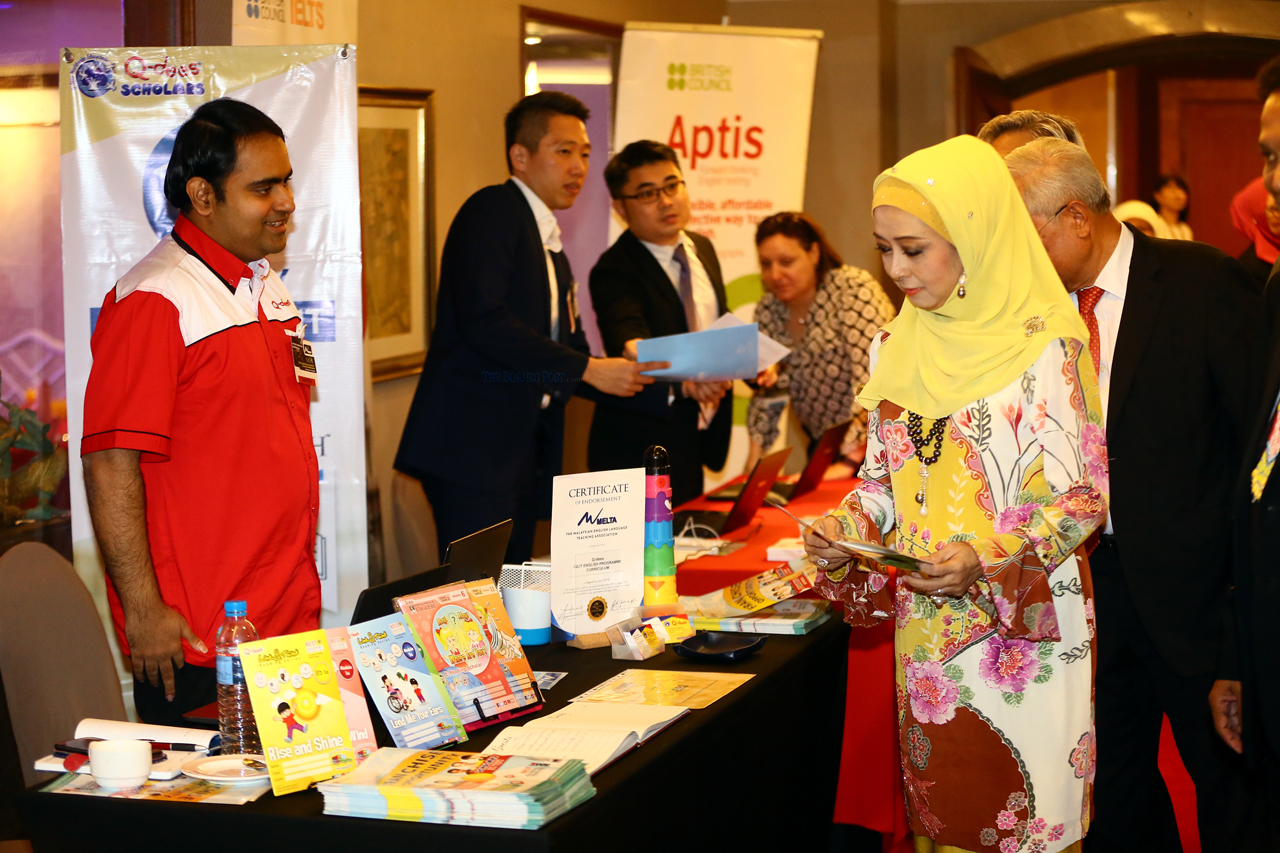 Raja Nazhatul tours the booth set up in conjunction with the 28th Melta International Conference. – Photo by Muhd Rais Sanusi