Thursday, July 2
You are at:Home»News»SUPP flabbergasted by PM’s ‘racist’ remark 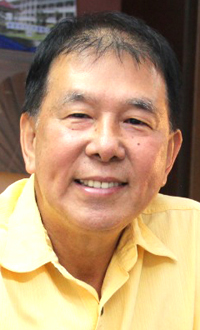 SUPP  secretary-general Datuk Sebastian Ting Chew Yew said in a statement yesterday, the party shares the grave concern, disappointment and disbelief of the majority of the Malaysian Chinese over the prime minister’s statement .

He said  Malaysians were looking forward to a new Malaysia after Pakatan Harapan (PH) took over Putrajaya in the last general election  with new hope and expectations based on their manifesto which convinced
95 per cent of the  Chinese voters to vote in the  PH government.

Ting said they expected Dr Mahathir in his second tenure as prime minister to be different from his first term of 22 years from 1981 to 2003 and to keep his pledge to be Prime Minister for all Malaysians.

Ting slammed the PH, especially DAP leaders, of failing the majority of the Chinese both in Peninsular Malaysia and Sarawak

“All these years, Dong Zong is a body that has been respected for upholding Chinese education and doing their best for Malaysian students in many ways, thus, was naturally worried over  Khat being a compulsory subject for the students in Chinese Primary schools.”

Ting, said SUPP doubted Mahathir’s promise that anyone could criticise him because he said leaders of nations must be able to accept constructive criticisms.

“In this case, Dong Zong is pointing out some glaring wrong policies implemented by the inexperienced Education Minister. So the Prime Minister should not be so upset that it triggered him to call names to those who did not agree with him,” said Ting.

SUPP believed that the prime minister’s primary duty is to unite all races with different religions, culture and customs and Malaysians expect his cabinet to focus their energies on improving the economy.

The party also advised the Minister of Education to prepare and equip children, starting from primary schools, with modern knowledge such as computer programmes and coding to the meet demands of the future job market.

Previous ArticleLau disturbed by Dr Mahathir’s ‘racist’ remark on Dong Zong
Next Article Dr M: Up to police to decide whether to ban Dong Zong