Friday, January 21
You are at:Home»News»‘Ensure visitors informed about Visa on Arrival’ 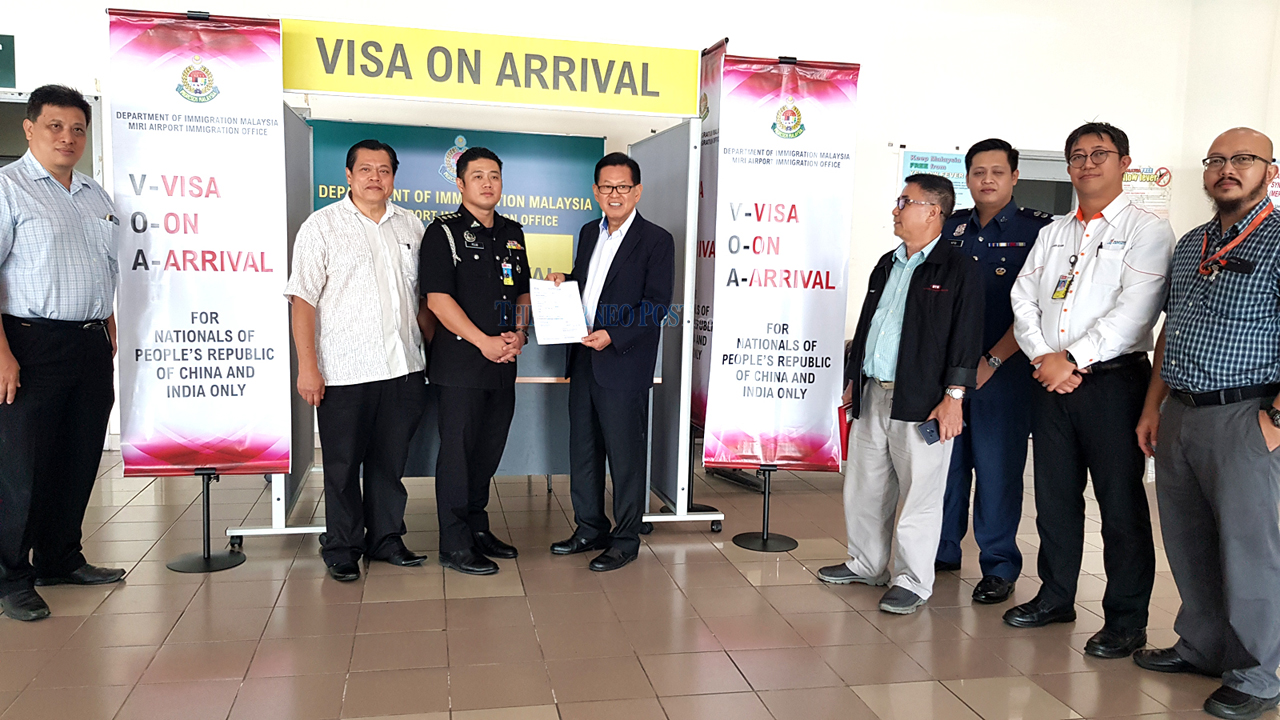 MIRI: All tourism stakeholders should ensure that visitors from China and India are well informed about Visa on Arrival (VoA) requirements.

Assistant Minister of Tourism, Arts and Culture Datuk Lee Kim Shin said this following a meeting between the Immigration Department, tour operators, and the Customs Department at Miri Airport yesterday.

The VoA facility for Chinese and Indian visitors has been implemented at Miri Airport and Sungai Tujoh Customs, Immigration, and Quarantine (CIQ) Complex since last month in an effort to increase the number of tourists for Visit Malaysia Year 2020.

“In the case of Miri Airport here, the arrivals will be mostly from Singapore because the direct flight is from Singapore, and the passengers must go through a third country. So our tour operators must inform their counterparts in Singapore that those from China and India can come to Miri directly and apply for the VoA,” Lee told reporters.

“Meanwhile AirAsia must be informed of the matter as well and they must inform their counterparts in Singapore and do not reject tourists from China or India who fly directly to Miri without a visa. The tourists can still come to Miri and apply for the VoA.”

He suggested the Immigration Department include languages other than Malay and English, as well as display completed VoA form samples for the benefit of tourists. Miri Airport recorded 5,164 visitor arrivals from China and India from January to July this year.

Miri Airport Immigration Department chief Pellax Patros said from that figure, 3,171 were from China while 1,993 were from India.

Pellax said since the implementation of the VoA for visitors from both countries on July 15, the airport recorded just one approved application for a tourist from China.

Last month, the Home Ministry said it would allow an additional six entry points nationwide, including the two here, to extend the VoA facility.

The VoA has also been increased from seven to 15 days; proof of sufficient funds reduced from US$1,000 to US$500 in the form of traveller’s cheques, credit card, debit card, or eMoney as accepted by Bank Negara Malaysia; while the fee has been reduced to RM200 from RM330.