Saturday, February 29
You are at:Home»News»Sarawak»Group of civilians stages demo against decision to introduce khat 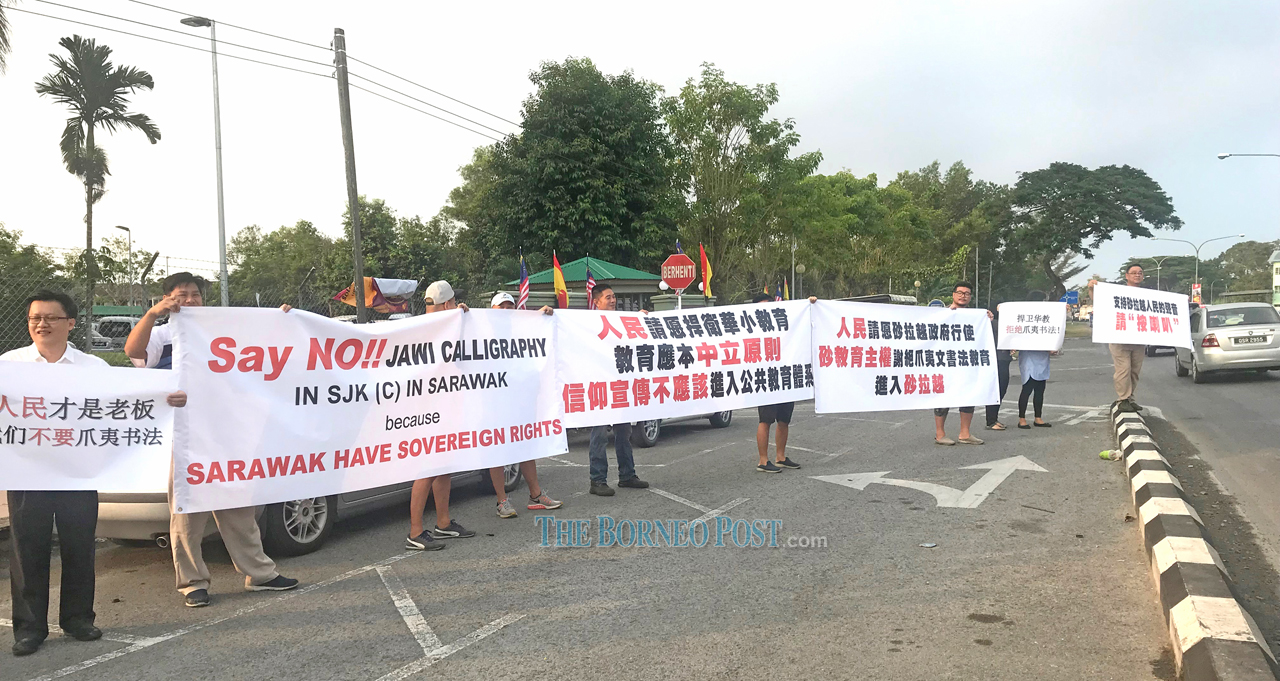 The civilians carry out their demonstration in front of the Federal Complex to protest against the introduction of khat.

SIBU: A group of individuals gathered in front of the Federal Complex building here yesterday to protest against the introduction of khat or Jawi calligraphy to Year 4 pupils in all schools next year.

One member, Winston Wong How Cheng, said the demonstration might continue if the outcome of the cabinet meeting yesterday was not favourable.

“We come here as individuals. We are not from any political party or organisation. We are individuals who are concerned about this issue.

“We want the government to know that we object to this introduction of khat,” he told reporters, while urging like-minded individuals to also stand up against the implementation.

Wong said the group chose to protest in front of the Federal Complex because it is where the Education Department office is located.

Another protester, Joseph Chieng, said the federal government’s decision to implement khat is ‘unacceptable’, especially for the people of Sarawak.

He said although Democratic Action Party (DAP) leaders from Sarawak had said they would ‘submit the voice of the people’ to the federal cabinet, the federal government acted in contradiction to the expectation of the people.

Chieng, who is the Youth chief of Sarawak United People’s Party (SUPP) Bukit Assek branch, said he received the notification of the protest yesterday via WhatsApp.

“Today, we stand up and we bring our own banners. I come as an individual – not representing any organisation. It’s not a riot, just a peaceful protest,” he pointed out.

It was encouraging to note the support of passers-by, many of whom honked their vehicles as they drove by, he said.