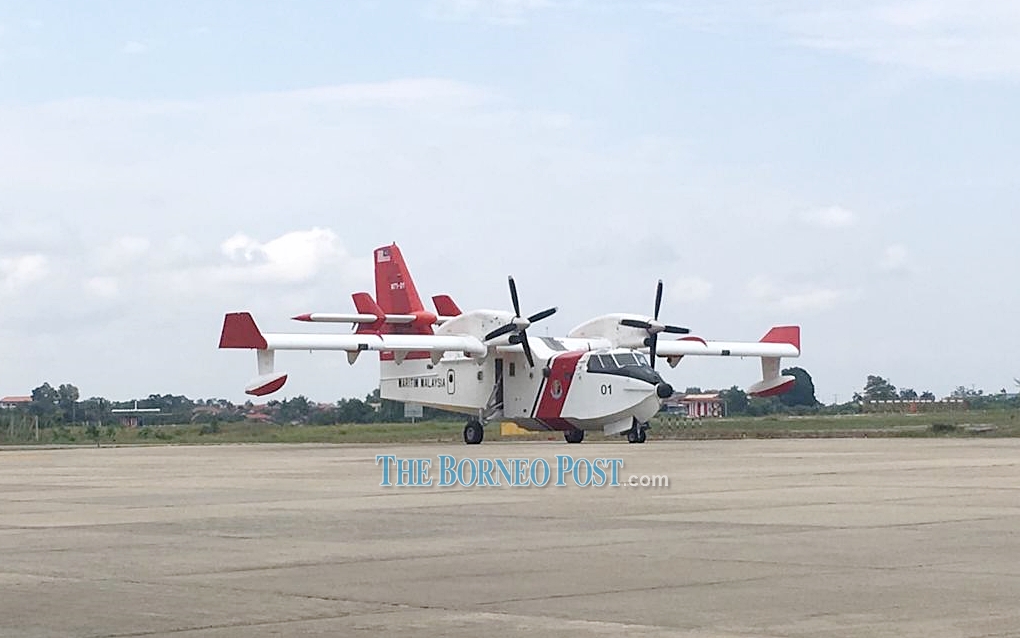 The Bombardier CL-415 firefighting aircraft touched down at Miri Bomba Air Base at 11.50am.

MIRI: The Bombardier CL-415 aircraft deployed by the Malaysian Maritime Enforcement Agency (MMEA) to combat the peat soil fire in Kuala Baram has landed safe and sound at Miri Bomba Air Base at 11.50am today.

Nine crew members will man the aircraft as they join ongoing firefighting efforts in the area, led by Maritime Commander Lieutenant Muhammad Saad.

They departed from Subang Maritime Air Station at 5am.

MMEA flight personnel were divided into two teams, with the first team expected to commence the operation at 1pm.

They will carry out one sortie and are expected to end the operation at 4.30pm.