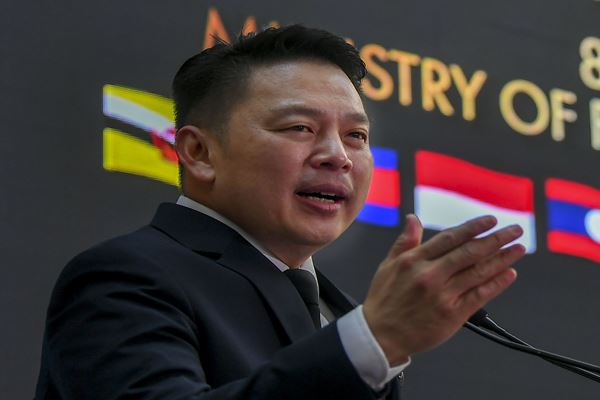 KUALA LUMPUR: The government will not bail out DreamEDGE Sdn Bhd, the anchor company of the third national car project, if it fails, says the International Trade and Industry Ministry.

Minister Datuk Darell Leiking said this is because the project is a private initiative, not by the government.

“We (government) are just supporting the ecosystem and this is the way forward.

“If it fails, that is management failure…product failure. But in this case, the product is clear and they are able to work with Japanese technology and are confident of it. So why should we kill it?” he told reporters here today.

Darell also said that DreamEDGE has given its assurance that it will not seek government funding.

“That is why we supported the project, to tell people that we have our trust in this company, just like in many other companies that we trust in doing business today.

“If they ask for money, we will not support it,” said Darell.

Asked why it is called a national car project when it is a private initiative, he explained that under the new proposed National Automotive Policy, national cars are now defined as those built in Malaysia by a Malaysian company which employs 90 per cent or more Malaysians.

“We (the government) are building the country again brick by brick. We are working to make sure people are benefiting from the private initiatives, jobs are created and new technology is developed.

“Under our watch, we will not give out incentives easily such as tax incentives, unless the companies qualify for it, whether it is domestic or internationally owned,” he said. – Bernama