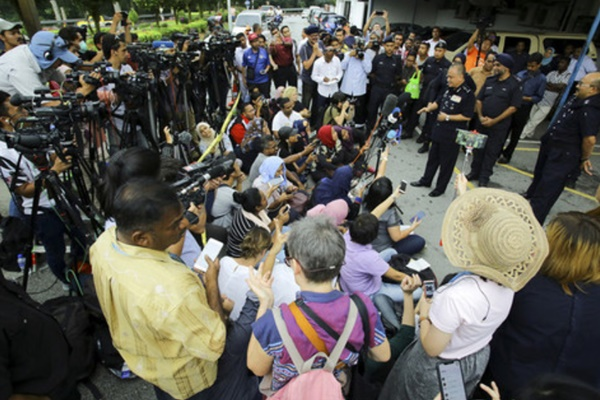 Members of the press anxiously await the announcement of the postmortem findings. Bernama Photo

SEREMBAN: All eyes are now trained on the Department of Forensic Medicine of the Tuanku Ja’afar Hospital here, to find out the autopsy results on Irish teenager Nora Anne Quoirin, whose remains were found on Tuesday.

As of this morning, both local and international media practitioners have converged on the location as early as 7 am to find out the cause of death of the 15-year-old girl with special needs.

Two media conferences were held yesterday but it only informed that the process was still ongoing – a disappointing development, not only for media personnel but also for Malaysians and those outside the country who have been following the case closely.

A press conference is expected to be held today but the time is yet to be confirmed.

Nora Anne’s remains were found on Tuesday in a stream, about 2.5 kilometres from the resort in Pantai here, where she was holidaying with her family.

Her remains were found on day 10 of the search and rescue operations that were launched after she was reported missing from the resort on Aug 4.

Nora Anne, of French and Irish parentage, arrived in Malaysia with her family on Aug 3 for a two-week holiday here. – Bernama