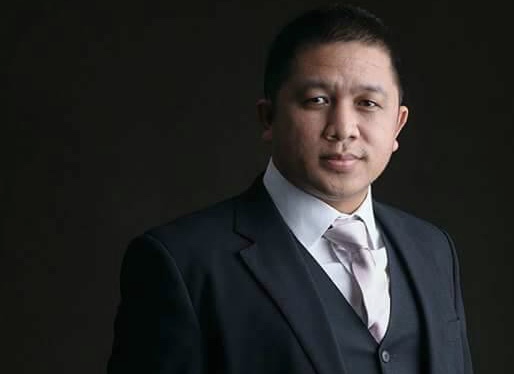 KOTA KINABALU: A practising Syariah lawyer has urged the state government to seriously take action to get the newly appointed Syariah Chief Judge to be physically present in Sabah to perform his duties immediately, as the explanation given by State Law and Native Affairs Minister Datuk Aidi Moktar regarding the issue, was far from answering the real issue.

“Respectfully, since the explanation given by the minister is far from answering the real issue and was also a mind-boggling one, I urge the state government to seriously take action to get Ahmad Lakim, the new Syariah Chief Judge of Sabah, to be physically present in Sabah to perform his duties immediately.

“As a Syariah lawyer and legally, I know for sure that Sabah has a new Syariah Chief Judge. Whether he will retire soon or not, he must be in Sabah and allowed to perform his duties as of today,” said Hamid Ismail in a media statement sent via WhatsApp yesterday.

Hamid also said that he was very puzzled with the answer given by the said minister to his question as to why the new Syariah Chief Judge cannot be in Sabah to perform his duties.

“He explained in a newspaper report that the state government is currently having a ‘little constraint’ because Ahmad Lakim is a federal officer whereby his appointment and promotion comes under the jurisdiction of the federal service,” said Hamid.

Hamid pointed out that the explanation was ridiculous. What has a federal officer status have to do with the execution of Ahmad Lakim’s judicial duties as the new Sabah Syariah Chief Judge? Hamid asked.

“I was not asking about Ahmad Lakim’s eligibility as the Syariah Chief Judge, nor did I question about the procedure of his appointment or promotion. Those are not the issues, the fact is, Ahmad Lakim had been duly appointed as Syariah Chief Judge on May 17, and the appointment had been published in the State Gazette on June 27,” said Hamid, adding that, with the appointment being valid and effective, the real issue is why, as of today, is Ahmad Lakim not transferred to Sabah to perform his duties?

Hamid also asked why must the issue of a federal officer and federal jurisdiction be an excuse in the execution of Ahmad Lakim’s new duties in Syariah courts under the state jurisdiction.

“List II State List in the Federal Constitution expressly states that the constitution, organization and procedure of Syariah courts are under the jurisdiction of the state. Thus, those federal matters are not hurdles for the state government to have Ahmad Lakim in Sabah to perform his duties,” Hamid said.

Hamid was also puzzled by the minister’s statement that Malaysia Syariah Judiciary Department (JKSM) had submitted a proposal for Ahmad to assume the post to the Malaysia Public Service Department (JPA) for further action, and the minister has proposed for the Minister in the Prime Minister’s Department, Datuk Seri Dr Mujahid Yusof, and Director/Chief Justice of the Syariah Court, JKSM to meet the Sabah Head of State to inform and clarify on the matter.

“Will the proposal cause Ahmad Lakim to be in Sabah to perform his duties immediately or by this week? Or will they further delay it?” Hamid questioned.

“The minister emphasized that at the Sabah Government level, this matter has been resolved and is not an issue. This statement is truly an embarrassment to the institution of Islam in Sabah.

He further said that after the appointment, Ahmad Lakim has become the Head Syariah Judge in Sabah and, thus, he is supposed to lead the Syariah Courts here, but by giving excuse of the said “little constraint”, it looks like the appointment is useless and the term “Syariah Chief Judge” is meaningless.