Saturday, August 13
You are at:Home»News»Nation»Dr Mahathir: We’re all Malaysians, let’s look at the big picture instead of concentrating on individual territories 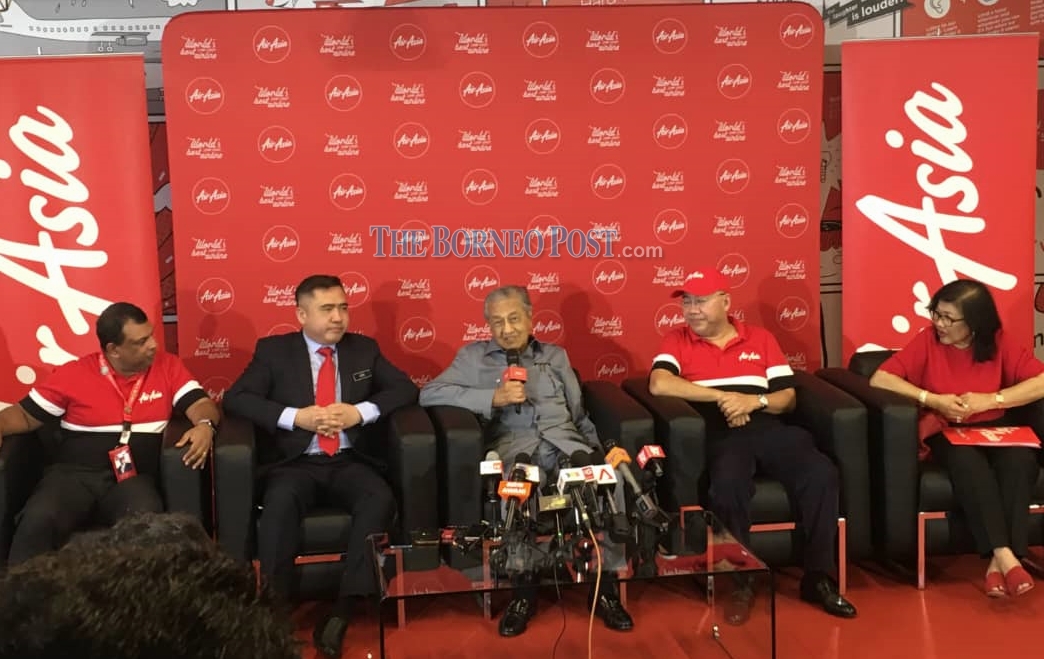 Dr Mahathir (middle) fields questions from the media as (from right) Rafidah, Kamarudin, Loke and Fernandes look on.

SEPANG: Prime Minister Tun Dr Mahathir Mohamad today called on Malaysians to think of the big picture when it comes to the way they see their country, instead of narrowing their thinking to their respective ‘individual territories’.

“This idea of talking about Sabah for Sabahans, Sarawak for Sarawakians and Peninsular for Peninsularians. This is not healthy.

“We hope that we can always think of ourselves as Malaysians and not as individual territories,” he said at a press conference after his official visit to AirAsia’s headquarters RedQ here.

He was earlier asked to comment by the media on concerns raised by Sarawakians and Sabahans on their state governments not being consulted on issues such as departure levy and introduction of Jawi writing in the school curriculum.

In Sarawak, Tourism, Arts, Culture, Youth and Sports Minister Datuk Abdul Karim Rahman Hamzah was recently quoted as saying the Sabah and Sarawak governments should have been consulted on the 50 per cent departure tax collection before the Bill on it was put to Parliament.

Karim explained this was because both states have some autonomy over immigration, which is enshrined in the Federal Constitution.

The Departure Levy Bill 2019 was passed in April, but its implementation has been deferred to Sept 1.

It has been announced that beginning Sept 1, passengers leaving the country would be charged a levy of between RM8 and RM150 and that the rates would vary depending on the destination and flying class.

According a national news portal report, Sabah is seeking 50 per cent of earnings from the departure levy.

The introduction of Jawi writing in the school curriculum next year also did not go down well with many Sabahans and Sarawakians, who were also not happy that Dr Mahathir labelled Dong Zuan (United Chinese School Committees Association) as “racist” for opposing this initiative.