Saturday, January 18
You are at:Home»News»Factory worker killed after pick-up crashes into traffic light at BDC 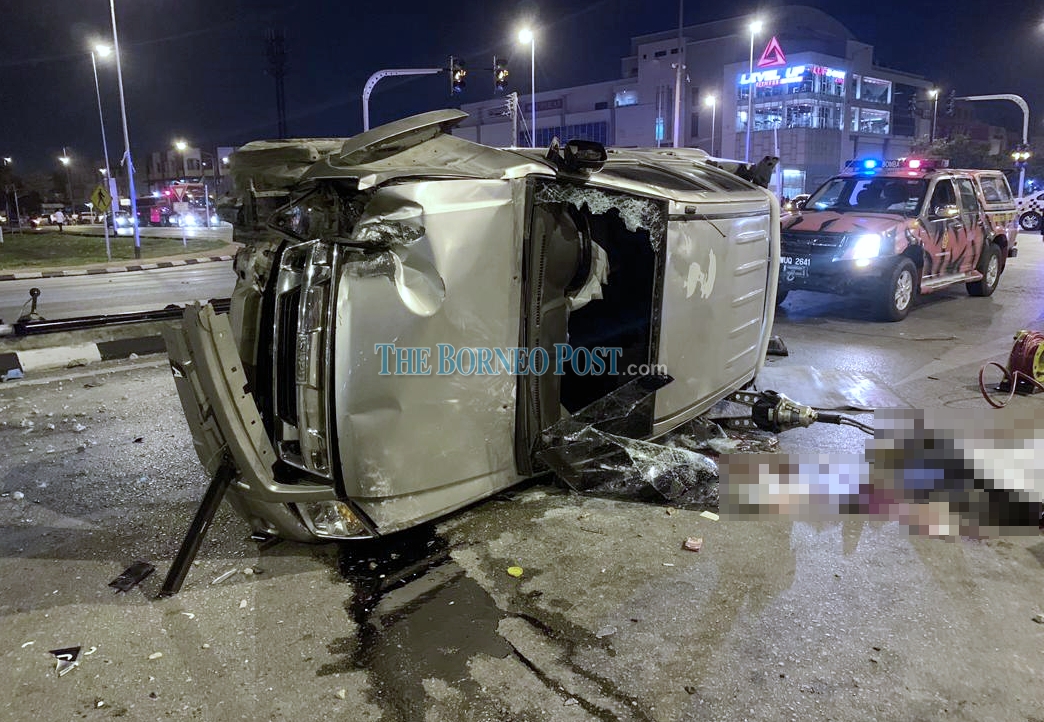 The vehicle lies on its side after crashing into the traffic light.

KUCHING: A man was killed after he was thrown out of his pick-up truck when he collided with a traffic light at BDC, Jalan Stutong last night.

“The deceased was driving from Jalan Stutong towards BDC when he crashed into the traffic light,” said Alexson in a statement today.

The deceased, who suffered from serious head injuriesm was pronounced dead at the scene by medical personnel.

His body was later brought to the Sarawak General Hospital’s medicine and forensics department for further action.

The case is still under investigation under Section 41(1) of the Road Transport Act 1987.