Tuesday, August 11
You are at:Home»News»Haze recedes as change in wind direction and rain bring relief to Miri 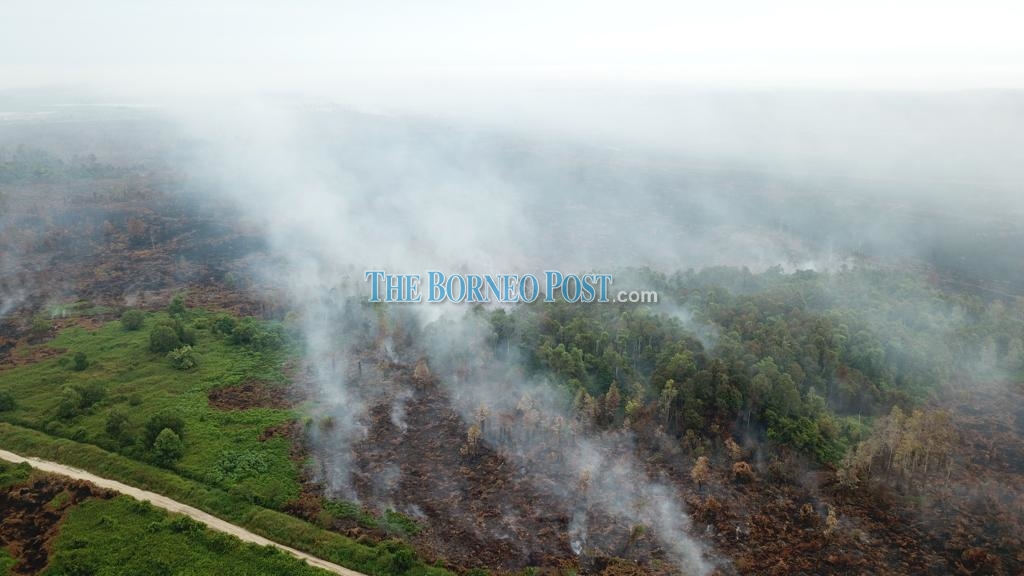 Some areas around Kuala Baram are still on fire, with Bomba and MMEA working to douse the flames. Photo courtesy of Bomba

MIRI: The change in wind direction and rain in certain areas bode well for the residents of Miri after about a week of being enveloped in choking haze.

According to Miri Fire and Rescue Department chief Law Poh Kiong, the improvement in air quality is because of the shift in wind direction and rain, decreasing the number of hotspots here.

“The Air Pollutant Index (API) reading in Miri is now back to a healthy level at all three IPU stations.

“Low API readings are due to several factors, including a reduction in hotspots with the wind shifting to Baram and rainfall in certain areas,” said Law when contacted today.

“However, we are still monitoring the overall situation, together with other agencies including the Malaysian Maritime Enforcement Agency with whom we are currently conducting the ongoing water bombing operation here in Kuala Baram,” he added.

As of 10am today, the API readings were down to moderate at all three API station here with ILP Miri at 91, SK Kuala Baram 2 at 64 and Miri at 59.