Tuesday, January 28
You are at:Home»News»Suspect held after Six US cops wounded in Philadelphia shooting 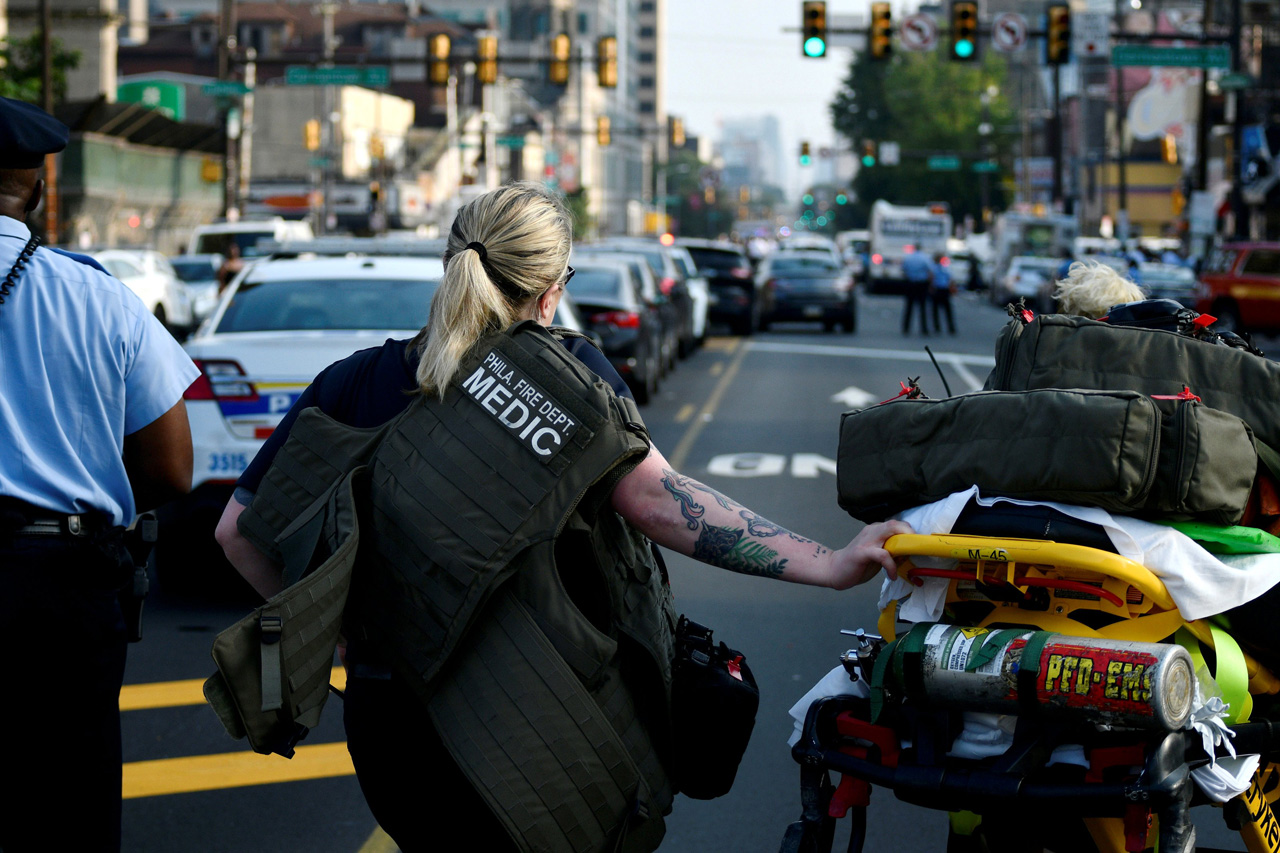 Police and medics respond to an active shooter situation in Philadelphia. — Reuters photo

WASHINGTON: Six police officers were shot and wounded in the US city of Philadelphia on Wednesday during an hours-long incident that began when police tried to execute a narcotics warrant, the Philadelphia Police Department said.

All of the officers were later released from hospital, but police Commissioner Richard Ross Jr said that in 30 years he had never seen so many officers shot over such a long period of time.

The incident comes after two mass shootings in the US earlier this month — one in Dayton, Ohio and the other in El Paso, Texas — left a total of 31 people dead.

Two other officers who had been trapped in a house with the suspected shooter — who had been firing out of the window — were finally freed later in the evening, Ross said during a press conference.

The suspect was later taken into custody and SWAT personnel were clearing the house, department spokesman Eric Gripp said on Twitter.

Gripp had first tweeted about the incident hours earlier, around 4.40pm local time, and continued to advise the public to stay away from the area throughout the evening.

“It is nothing short of astounding that in such a confined space that we didn’t have more of a tragedy than we did,” Ross said.

The episode began as an attempt to execute a narcotics warrant “that went awry almost immediately,” he explained.

Philadelphia Mayor Jim Kenney praised his city’s police department but called out federal and state politicians for their response to gun violence.

“This government, both federal and state level, don’t want to do anything about getting guns off the street,” he said at a press conference.

“Our officers deserve to be protected and don’t deserve to be shot at by a guy for hours with (an) unlimited amount of bullets. It’s disgusting. We need to do something about it.”

Despite rampant gun violence in the US, efforts to strengthen firearms regulations remain divisive in the country, where the powerful National Rifle Association works to block stricter rules. — AFP