Thursday, July 16
You are at:Home»News»25-year-old Indonesian missing after croc attack in Lundu 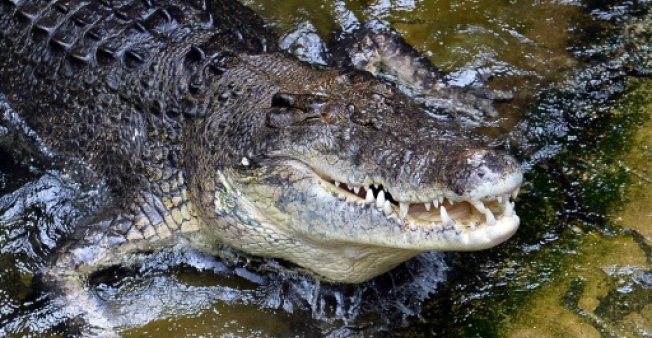 The crocodile is believed to have attacked and dragged away the victim while the latter was trying to untangle a fishing net. File Photo

KUCHING: A 25-year-old male labourer is believed to have been dragged off by a crocodile while fishing at Sungai Lobak Stoh, Rambungan in Lundu at around 2.40pm yesterday.

“During the incident, the victim dived into the river to free a fishing net which got stuck. That was when he was attacked by the crocodile,” said Lee in a statement today.

He further added that two of Ridwan’s cousins witnessed the incident, as they too were fishing along the riverbank with the victim.

According to the cousins, Ridwan tried to escape from the crocodile’s jaws and frantically shouted for help.

He was however dragged away by the crocodile into the deeper parts of the river and disappeared from sight.

Ten minutes later, the crocodile emerged 15 metres away from the scene of the attack.

“According to the cousins, the victim was between the crocodile’s jaws,” said Lee.

It is also revealed that the victim came to Lundu in mid-July this year to visit his cousin’s family via the Biawak Customs, Immigration and Quarantine Complex.

An operation to locate the victim is currently ongoing.

Previous ArticleMeet the Ercolines, the Woodstock lovebirds whose hug made history
Next Article Burmese man missing after leaping into Rajang River for a bath