Tuesday, February 7
You are at:Home»News»Man dies after spat with girlfriend
For the freshest news, join The Borneo Post's Telegram Channel and The Borneo Post on Newswav. 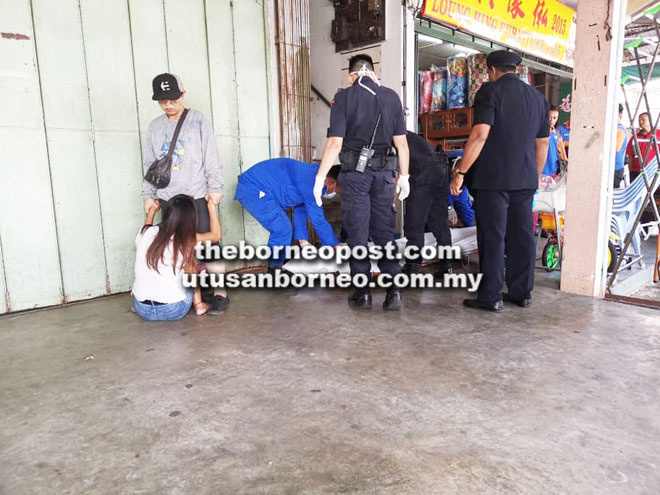 Paramedics help carry the body of the man to the hospital, on the left is the girlfriend.

SIBU: A 35-year-old man was found dead at a staircase of a shop house in Mission Road here about 8am yesterday.

Yung was said to have earlier involved in a heated argument with his girlfriend at Sibu Central Market.

Eyewitnesses said his girlfriend ran away while Yung chased until he reached Mission Road where he rested at the staircase of a shop house.

About an hour later, his girlfriend was said to have returned to the scene only to find Yung crouching motionlessly at the staircase.