Tuesday, December 6
You are at:Home»News»Azahari shows his patriotism through his attire, motorcycle 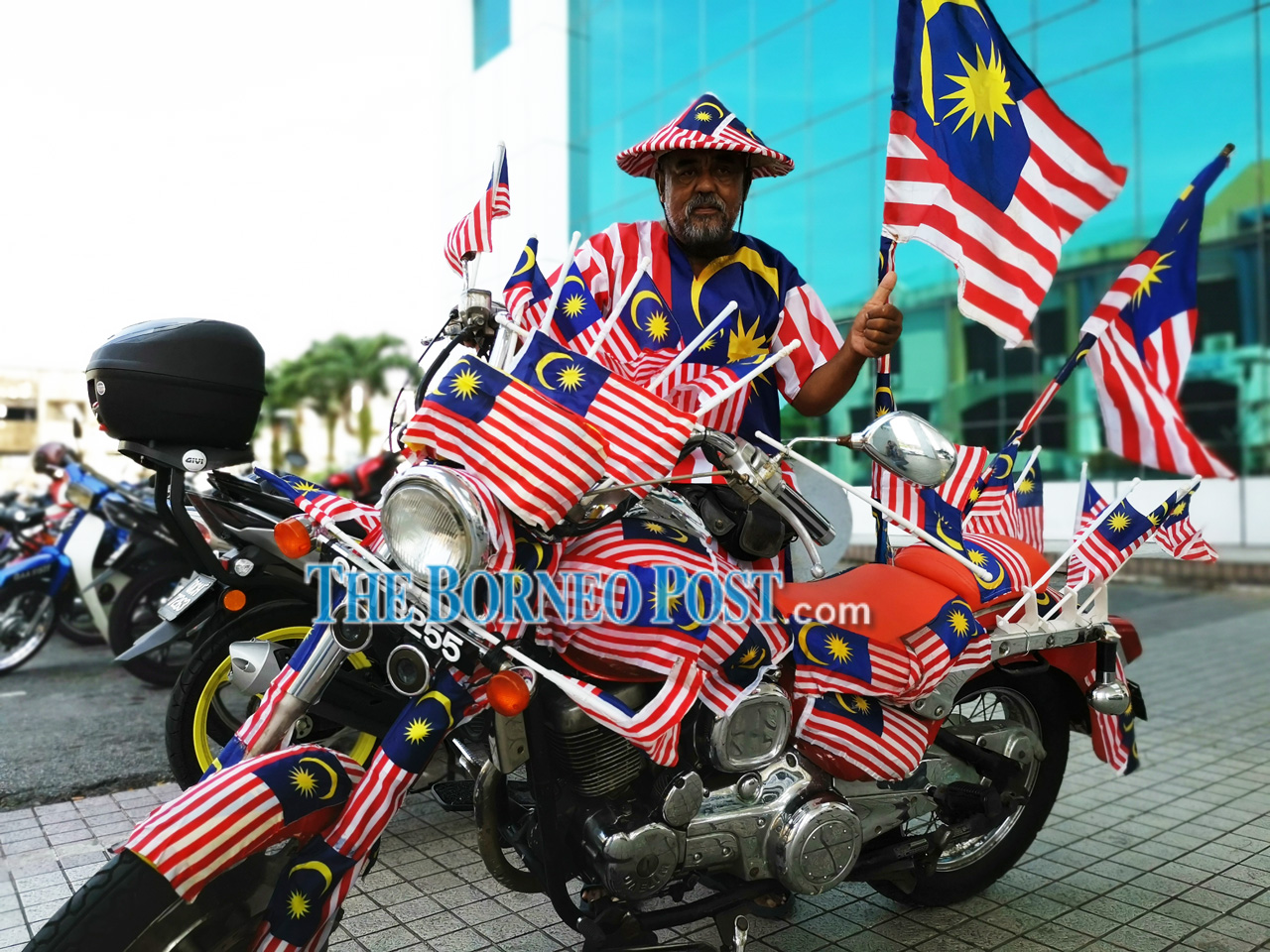 Azahari in his full ‘national’ outfit and his decorated motorcycle.

KUCHING:  Azahari Hamdan has been showing his love for his country by donning a customised attire during the Merdeka month every year in the last two decades.

He takes pride in going around the city in his eye catching outfit.

“I’ve been doing this for 20 years and this is what I enjoy doing. It is to show my love and passion for this country,” he said at an interview at thesundaypost’s office here Friday.

The 62-year-old came on his motorcycle which is also decorated with the national flags.

Azahari said he also donned the customised attire for the Sarawak Day celebration on July 22 and would do the same for the Malaysia Day do next month.

“Even though this is my interest, I sometimes feel alone because no one else is doing what I’m doing.

“When I ride my motorcycle in Padungan area, people shout ‘Merdeka’ at me and some even ask for a group photo with me. It makes me so happy,” enthused the father of seven.

He said his family including his children all supported his show of patriotism.

“They (his children) say I’m a happy-go-lucky man. I will keep doing this until I’m gone.”

Azahari said he hoped the government would organise some kind of motorcycle decoration contest in conjunction with the Merdeka month.

He believed that this could be one way of inculcating patriotism among the people, particularly the young generation.

He even added that he would organise one on his own of he has the means to do so.

“I’ve been hoping that the government would organise some contest to let people take part in to stir up their interest. If I have the money, I’ll do it myself.

“But I don’t have that kind of money, so I do it within my means through this special attire is what I can afford,” he said.