Monday, May 25
You are at:Home»News»Nation»Commando veteran fought against the communists while wife gave birth 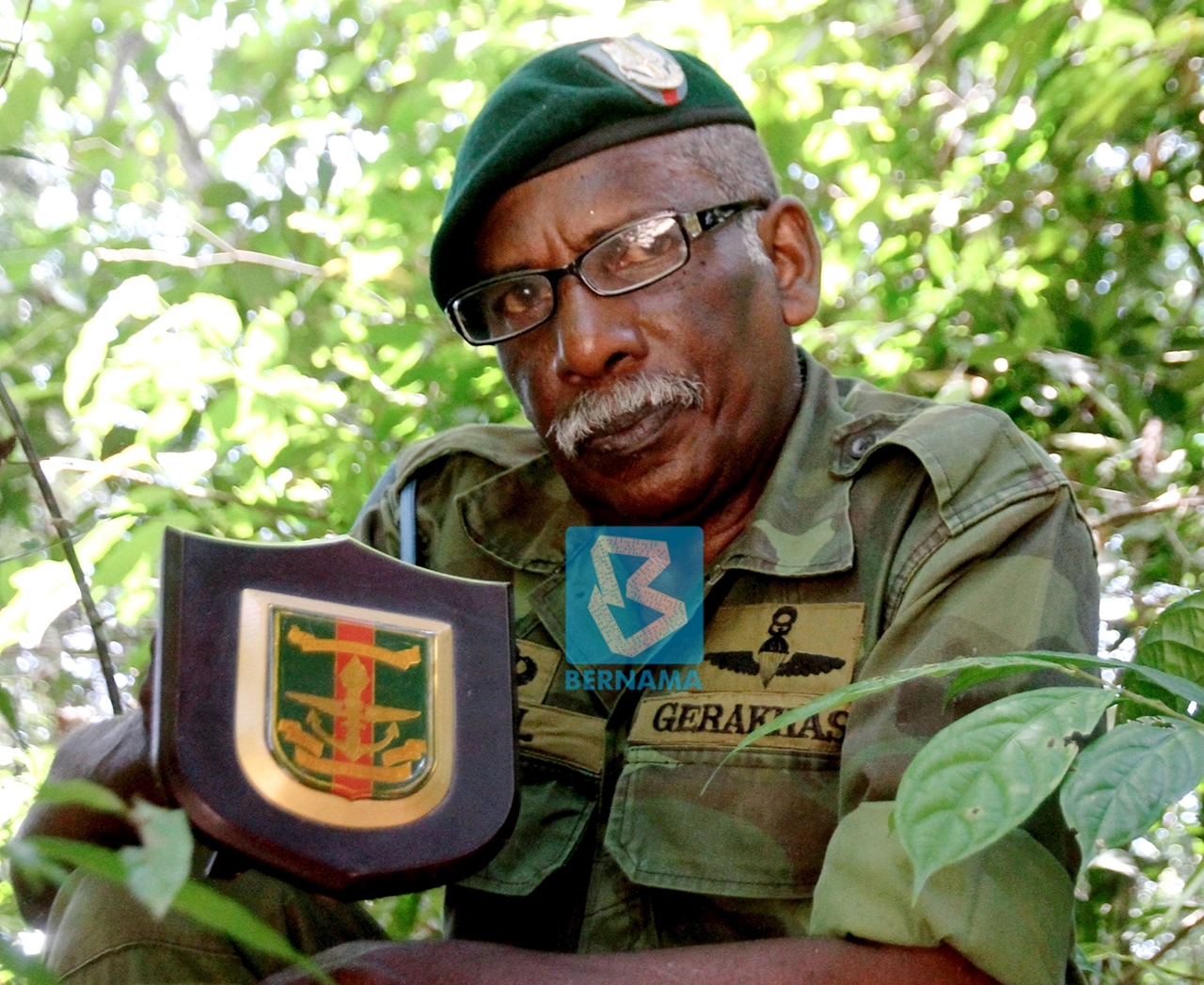 Former commando Paul Karpaya, 67 holding the plaque that he received in recognition of his service in the Malaysia Armed Forces for 22 years. – Bernama photo

IPOH: “I was worried and felt sorry for my wife who had to give birth to our first child without me by her side. That was in 1984,” said Paul Karpaya as he recalls the most significant experience while serving as a commando.

However, the country was under the threat of communism and hence, according to the 67-year-old, he had to focus on the mission entrusted to him.

Paul explained that when his wife D. Letchimy was about to give birth to their eldest daughter, he was part of the 22 Commando Regiment unit and was on a special assignment in Tapah.

“I remember I was so worried thinking what will happen to my wife and child, should anything happen to me… that I could not see them. At the same time, I know as a trained commando, the task at hand is more important.

“I was praying hard that God will save my wife and child… and that I could perform my assignment well. Only after my daughter was one-month-old that I managed to return to my hometown in Kampar to see them,” he told Bernama in an interview here recently.

Paul, who joined the Malaysian Armed Forces in 1973 before serving the commando unit in 1976, said his most memorable operation was in 1979 while assigned to Ops Selamat Sawadee, together with the Thai Army, to track and fight communists in the bordering forest of Perak and Thailand.

He was a corporal who had just completed the three-year basic commando training at the special warfare training centre, Sungai Udang Camp in Melaka.

“At that time, we were always eager to participate in every operation because we wanted to show what we  were capable of. Staying in the camp was not good. We were eager to eliminate the communist terrorists,” he said.

The father of four said his band-of-five from the 22 Commando was assigned to assist the 21 Commando unit that was attacked by the communists.

“We were informed that we would be dealing with about 50 members of the communists, but as we arrived, they retreated when they heard the sound of the helicopter, most of them fled to the bordering country.

“What was left was their front line defence, their tasks was to frustrate us. Each time we made a move, bullets were flying and one of us was shot in the leg.

“We tried to track them but they were pretty good and planted lots of bobby traps. They had their own route to cross the Thai border. Once they crossed the border, the highest authorities (of both countries) had to negotiate,” he explained.

Paul who retired at the age of 42 in 1996 after 22 years of service said every single experience he had while serving as a commando was priceless, and even the Green Beret he used to wear is irreplaceable.

“Even if I lost any other pieces of the military attire, it would still be okay by me, but not the Green Beret. I could not bear if I lost the beret because it was very difficult to obtain. There were so much you had to go through,” he said.

Paul also advised the public to never fan the racial sentiment that could threaten the peace that was achieved from the blood, sweat and tears of every member in the army.

“All those negative thoughts, racism, do not create them. If you broke the unity, it could put Malaysia into chaos, we should all live together happily as Malaysians,” he said. – Bernama