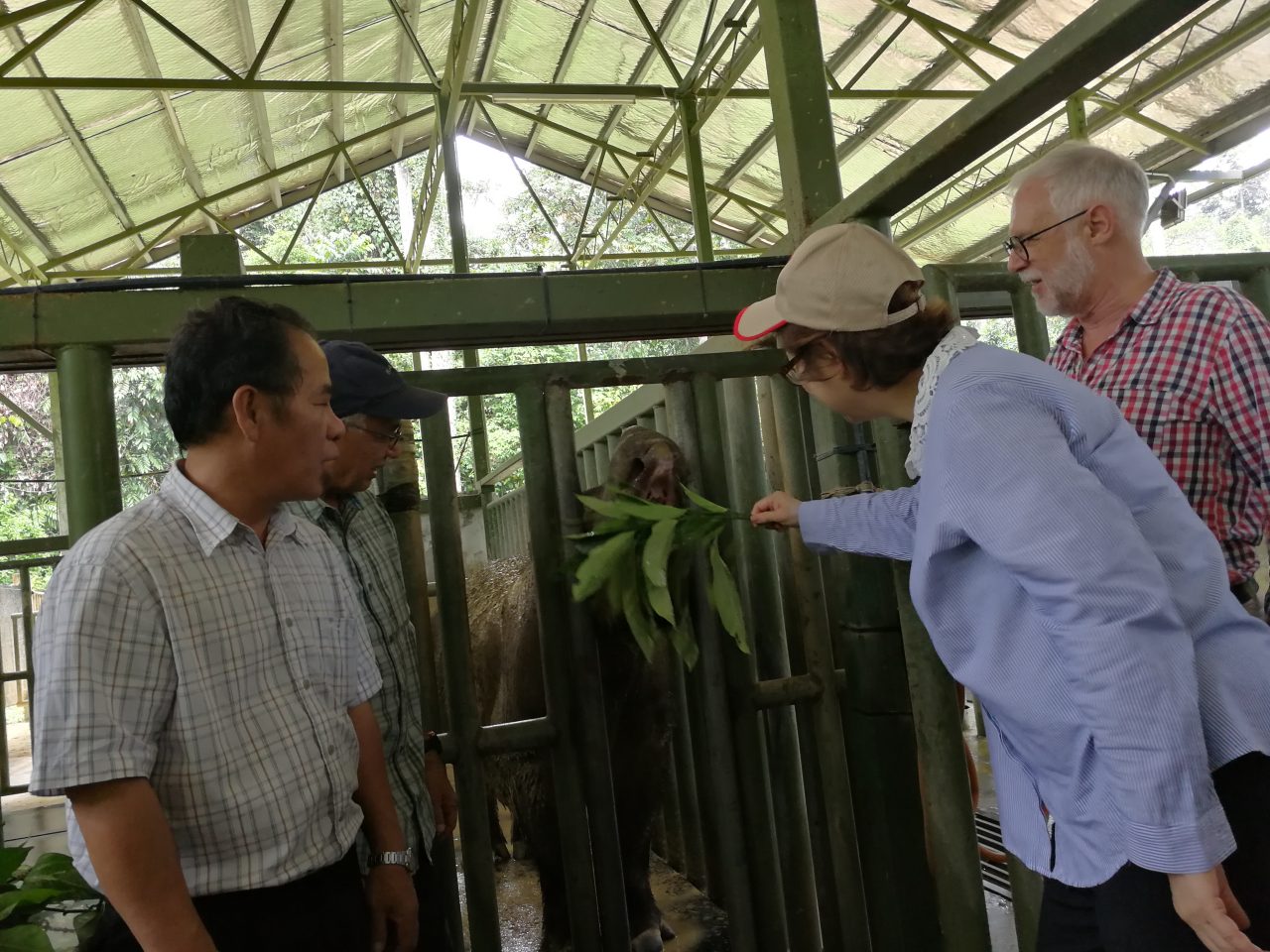 She wanted to see for herself the condition of the 23-year-old rhino whether she is medically fit for in vitro fertilisation (IVF) whereby her ova (eggs) will be harvested to be fertilised in a specialist lab in Indonesia.

She said the Indonesian Rhino Foundation will assist in getting the sperm needed to fertilise the collected eggs under a collaborative rhino captive breeding programme to prevent extinction of the species in Sabah.

IVF is a medical procedure whereby an egg is fertilised by sperm inside a test tube or elsewhere outside the body, after which the resulting embryo is implanted in the womb of a surrogate mother, in this case, a surrogate rhino mother.

“I am very happy to see Iman eating well. She has a good appetite. During my visit, she was being fed with about 10kg of fresh leaves from various plants and fruits like banana, mango and papaya.

“She is recovering after going through an intensive regimen of medical treatment and feeding. Although she cannot bear any offspring, she is still producing eggs so there is hope for IVF,” Liew said in a statement, issued here after the visit.

Liew, who is also Minister of Tourism, Culture and Environment, said Professor Thomas Hildebrandt from the Leibniz Institute for Zoo and Wildlife Research in Berlin, is expected to come to Sabah next month for the egg extraction process.

On August 9, the governments of Indonesia and Sabah-Malaysia agreed in principle to sign the Memorandum of Understanding (MoU) on Conservation of the Sumatran Rhinoceros (Dicerorhinus sumatrensis) in Indonesia next month.

Following the capture of Iman in 2014 at the Danum Valley, she was translocated to the Tabin Wildlife Reserve and later kept at the BRS which was completed by the Sabah Wildlife Department (SWD) last year.

Borneo Rhino Alliance (BORA), a non-governmental organisation (NGO) based in Sabah, operates the sanctuary for the SWD.

Briefing the minister, BORA Executive Director Datuk Dr John Payne said Iman, who now weighs 530kg, was treated for growth of leiomyoma tumours (non-malignant) in her uterus (womb) and risk of bleeding from the tumours.

“Last December, Iman suffered a ruptured tumour in her uterus, leading to massive bleeding. As a result, we had to postpone the IVF procedure,” said the wildlife adviser to Liew.