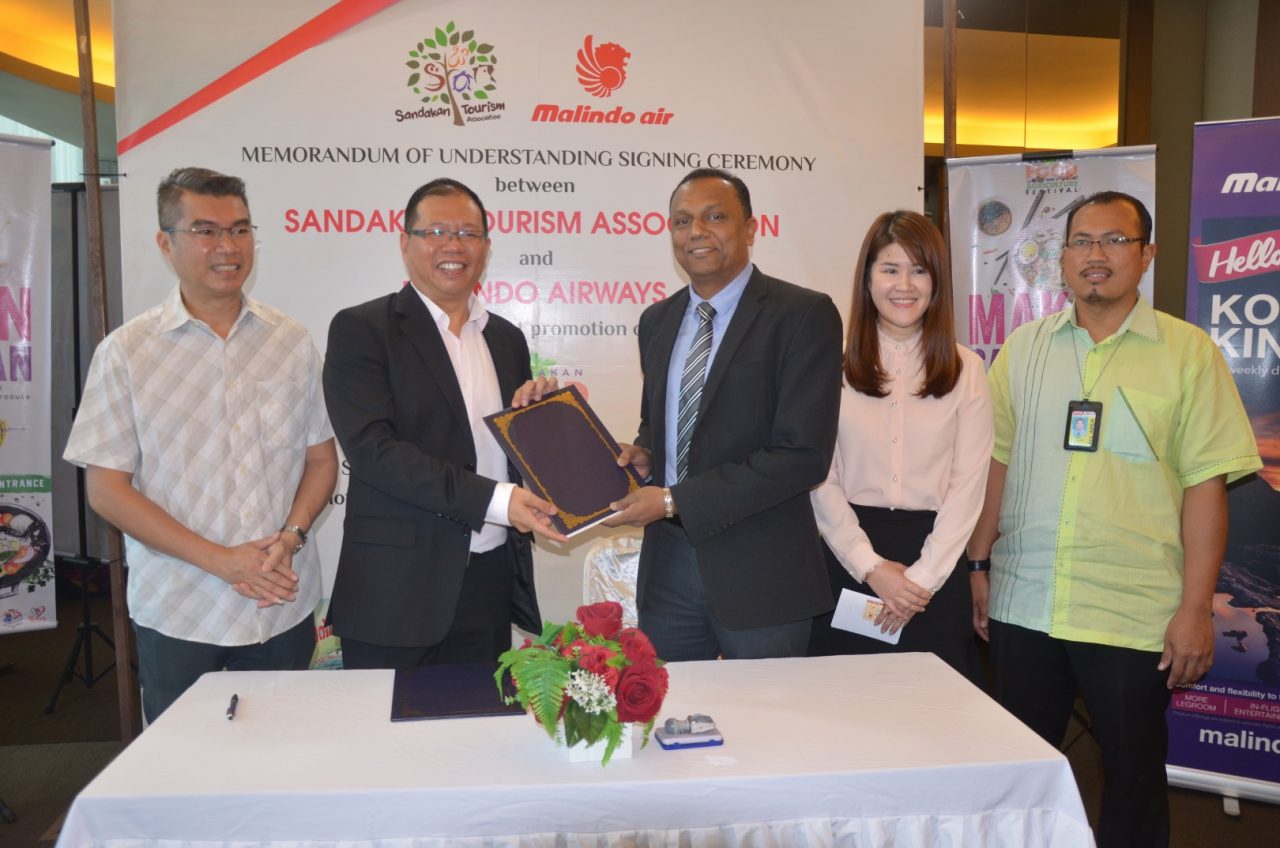 SANDAKAN: Malindo Airways (Malindo Air) has inked a Memorandum of Understanding (MoU) with the Sandakan Tourism Association (STAN) for collaboration in the promotion of the second Sandakan Food and Agriculture Festival 2019 (SFAF) which is to be held on September 13-15.

In 2017, the first-ever Sandakan Food Festival (SFF) was a huge success kicking off with much fanfare and attracting huge interest from local media as well as social media influencers abroad, with an estimated 30,000 people visiting the Festival Village over the festival’s four-day period.

Spurred by the positive response, STAN will once again partner with local communities and food industry leaders to organise the second edition of the festival.

According to STAN president Teo Chee Kim, the unique event aims to showcase Sandakan’s extraordinary diversity, drawing from culinary styles of the various communities here, as well as her wide array of agricultural produce.

“Sandakan is known for its wildlife, but we believe we have more to offer. Our food, for example, Sandakan is the birthplace of UFO Tarts, we have the best avocado ABC, and we are ‘Ikan Bakar’ (grilled fish) paradise and more. The festive atmosphere promises to bring all guests a wonderful experience at the Festival.

“Since the festival this year will be held over three days instead of four, we are targeting 25,000 visitors and, hopefully, with the collaboration of Malindo Air, we will be able to achieve this,” Teo said during the signing ceremony of the MoU between STAN and Malindo Air, in conjunction with Malindo Airway’s inaugural service to Sandakan, yesterday.

On another note, Malindo Air is starting a new flight route from Kota Kinabalu to Sandakan beginning yesterday. The flights come with options of economy class and business class that offer spacious legroom, and the frequency is four weekly flights.