Sunday, June 20
You are at:Home»News»‘S’wak a good destination for creative pursuits’

Abdul Karim, flamked by Hii (seated, third left) and Ng, joins (seated, from left) Lai, Sharzede, Liyu and Ling in a photo-call with the models and designers taking part in BOAD2019.

He points out that while it may not be the fashion capital of Asean and neither will it be a commercial hub, Sarawak can become be a destination for creative pursuits like those related to the arts, crafts and fashion.

“We are trying to promote Sarawak as a city that has life, heritage. We are very proud of the heritage, culture and apart from that, the types of tourists who will come in are good tourists – those who are able to appreciate arts and culture.

“We would’t want to see Sarawak as a commercial city, (we) leave that to Singapore, Kuala Lumpur and Johor Bharu, but leave Kuching to be a centre of the arts,” said the minister yesterday during the press conference on ‘Best of Asean Designers 2019’ (BOAD2019), an international fashion festival to take place here this Sept 6-8.

According to Abdul Karim, BOAD2019 is being organised by Creative Teamlab in collaboration with Asean Fashion Designer Showcase (AFDS) and supported by his ministry.

Renowned models and designers from all over the region will be joining the BOAD2019, which will showcase the unique collections by 21 fashion designers from South East Asia and China.

He said the main objectives of BOAD2019 were to showcase creative talents of established and emerging fashion designers from South East Asia and also to provide a platform for collaboration and internationalisation.

Among the public figures said to be attending the event are Miss World Singapore and Miss World Malaysia title-holders, as well as famous industry players.

“We are very proud to see they are very much involved as fashion designers and international models, and are willing to come down to a small city like Kuching. I believe they also have their own fans, models and designers coming from South East Asia.

“We are very happy to have this event on our shores and hopefully, what we are trying to do would make Kuching, Sarawak much more well-known and through that, Sarawak would get the spin-off effects that would be good for our socio-economy.

“Through this event, we are promoting fashion as an expression of the arts and culture, as well as entrepreneurship among creative talents in this region,” said Abdul Karim.

In conjunction with BOAD2019, there will also be ‘Taste of Asean Showcase’ to run from Sept 6 to 8 at The Spring Mall Kuching, which will comprise runway shows set to showcase the unique looks by participating designers from South East Asia and China. 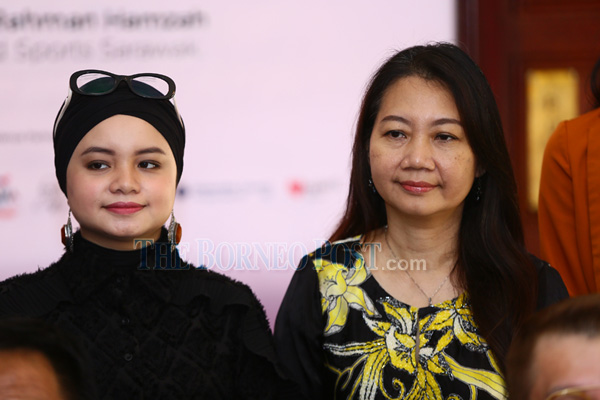 Two of the participating designers from Sarawak – Wan Bainun (left) and Wong.

Participating designers will also be setting up pop-up stores to engage and sell their collections to shoppers.

Other programmes include the BOAD19 Gala Nite at the Borneo Convention Centre Kuching (BCCK) on Sept 7, where Chief Minister Datuk Patinggi Abang Johari Tun Openg will officiate at the event.

Tickets for the Gala Nite, at RM158 each, will be on sale soon – it covers pre-show cocktail reception and access to the runway show. 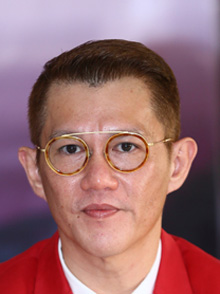 Meanwhile, Hayden Ng from AFDS said basically the participating designers consist of those who are renowned in their respective countries, and also the young and upcoming talents.

“It’s not about established designers, but also about the upcoming ones. We give a platform to all of them,” said Ng, who actually introduced Asean designers showcase in 2015, the first in the world of Asean designers.

He is also the designer for Miss World Singapore and Penang Fashion Week.