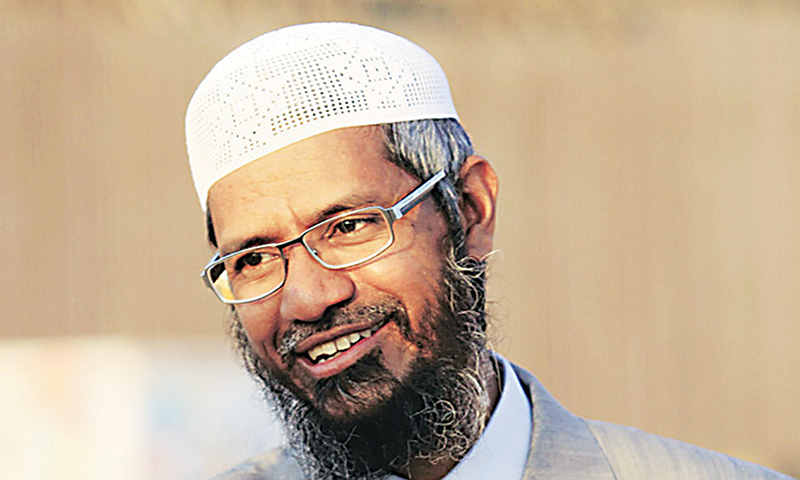 Zakir, who is not allowed to enter Sarawak, has issued an apology. Reuters File Photo

KUCHING: Controversial preacher Dr Zakir Naik, who is a wanted man in India, has been barred by the police from delivering public talks in all states in Malaysia, a news report said.

The Malay Mail had confirmed with Royal Malaysia Police Head of Corporate Communications Datuk Asmawati Ahmad that the order had been issued to all police contingents.

“Yes. Such an order has been given to all police contingents, and this was done in the interest of national security and to preserve racial harmony,” she told Malay Mail.

Meanwhile, Zakir, who is not allowed to enter Sarawak, has issued an apology for the hurt he caused by his speeches to non-muslims and maintained that he is not a racist.

“As you must have noticed for the past few days, I am being accused of causing racial discord in the country, and my detractors have been using selective sentences taken out of context and adding strange fabrications into them,” he said in a statement which was carried in full by news portal, MalaysiaKini.

The statement was apparently issued after the fugitive preacher was grilled by police in Bukit Aman for about 10 hours until 1.30am this morning.

Zakir said he has always been a man of peace because that’s what the Qur’an stands for and that it has been his mission to spread peace throughout the world.

“Even though I have clarified myself, I feel I owe an apology to everyone who feels hurt because of this misunderstanding. I do not want any of you to harbour ill feelings towards me.

“It was never my intention to upset any individual or community. It is against the basic tenets of Islam, and I would like to convey my heartfelt apologies for this misunderstanding.”

There has been growing pressure on Putrajaya to rescind Zakir’s permanent residence status in Malaysia after he allegedly made comments against the Indians and the Chinese in speeches in Kuantan last week.

Over the weekend, Tun Dr Mahathir Mohamad had also voiced his disapproval with Zakir’s comments but stopped short of saying whether the latter would be ejected from the country.

The prime minister told reporters that he was not sure who had given Zakir the permanent residence status but regardless, those holding the status cannot participate in politics.

“Religious teachers can preach but he was not doing that. He was talking about sending Chinese back to China and Indians back to India. That’s politics,” he said.