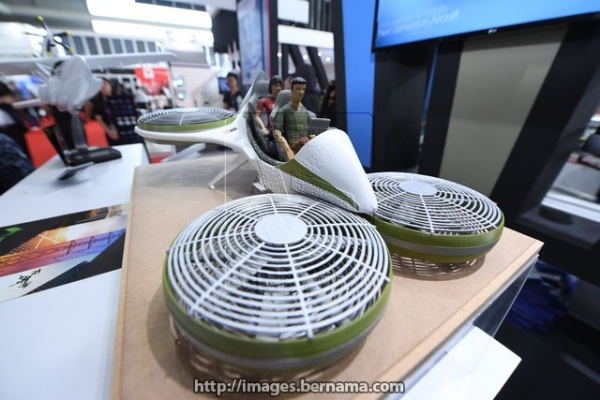 A model of the Vector which is designed to be a point-to-point air transportation system. Bernama File Photo

The prototype of the flying car according to him, is currently being built by a Malaysian company in Japan, as the economic powerhouse has the supporting ecosystem for the flying car industry.

“I am going to Japan in September for the Aviation Conference and I hope to get to see the almost complete (flying) car that we will be going to bring back towards the end of the year,” he told reporters after attending the SME Leadership Conference 2019 here, today.

The ministry he said, is in discussions with various ministries involved in the aviation sector to create available space for flying cars in Malaysia, similar to efforts undertaken in several other countries, to complement skills of the local entrepreneurs to develop a flying car.

“Flying car is a private initiative. We don’t control them (investors) on what they want to do, but we need to create the (flying car) industry in Malaysia,” he added.

On whether the country’s first flying car would be launched by year-end, Mohd Redzuan said, it would depend on Malaysia’s ecosystem for flying cars, especially in term of availability to fly at that time.

According to the organisers, nearly 450 delegates would be able to learn from industry experts’, their best practices, recommend solutions and get exposure to better business models as part of the leadership transformation. — Bernama