Saturday, July 11
You are at:Home»News»Nation»Tram to complement urban public transport in Peninsular Malaysia 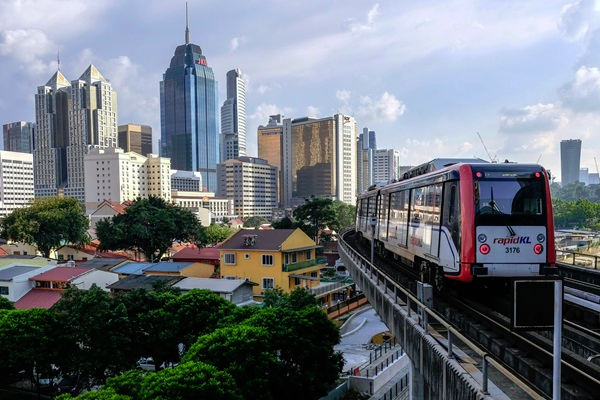 SEREMBAN: The public transport system in Malaysia was at one time heavily dependent on buses for the daily mobility of the people and it is still evolving with current development.

The country’s urban transport system according to Prof Datuk Dr Mohd Idrus Mohd Masirin began with bus service in the early 60’s before private transport became widespread among Malaysians in the 70’s and 80’s until today.

Taking the example of Kuala Lumpur, he said the rail transport system began with Keretapi Tanah Melayu Berhad (KTMB), Light Rail Transit (LRT) and monorail before the introduction of Mass Rapid Transit (MRT) to facilitate the movement of people from sub-urban areas to the city centre more efficiently.

“The LRT system and monorail are internal city systems while the MRT and komuter as well as the Electric Train Service (ETS) connect the cities with sub-urban centres,” he told Bernama here today.

Mohd Idrus who is also the Malaysian Academic Association Congress (MAAC) president, said to empower and develop the local rail industry as well as to improve the effectiveness of the transport system in the cities and towns, the time has come for the government to introduce a tram system.

He said it was also to complement the existing public transport in the country as well as to improve the mobility of city residents.

“The tram system proposed should have a signalling system and operation centre control using the latest digital technology.

“Even though, at glance it looks like the LRT but its size and suitability using existing the road systems made tram to be seen as a substitute for the bus system. The tram system can also be integrated with all other public transport,” he said.

On March 6, the Land Public Transport Agency (SPAD) was quoted as saying the tram system would be introduced in Putrajaya, Cyberjaya, Kajang and Bangi.

The sustainability of a city, said Mohd Idrus depended on the strategic planning and implementation to create an effective and sustainable public transport system.

“There are several major factors in setting up a sustainable rail transport system which depended on affordability of consumers, safety of passengers, effectiveness of the system, cost ratio on benefit of the system in the short and long terms,” he said.

Apart from that the usage of new technologies was in line with the development of the Fourth Industrial Revolution (IR4.0) to establish an efficient and competitive tram system.

“The more important matter are the players in the transport industry especially the rail should be more proactive in improving the delivery service to the people,” he said.