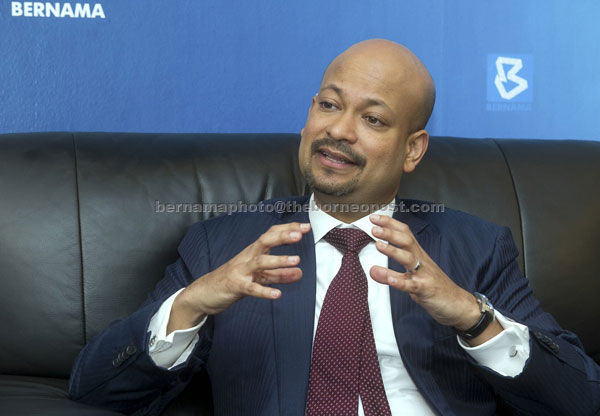 “As such, my client’s application for a court order to unfreeze the twp accounts is withdrawn,”  said Sivananthan, adding that the application was filed two days ago.

The prosecution, conducted by deputy public prosecutor  Mohd Isa Mohamed, did not object to it and the court struck out the application.

Arul Kanda filed the application on grounds that the action to freeze the account by MACC under Section 44 of the Anti-Money Laundering, Anti-Terrorism Financing and Proceeds of Unlawful Activities Act 2001 was invalid.

He filed the application  under Section 56 of the same law.

Met by reporters after the proceedings, Sivananthan said  a total of nine accounts belonging to Arul Kanda were frozen by the MACC after he was linked to the 1MDB money laundering case.

“The nine accounts involved seven private accounts and two CDS accounts. No prosecution or forfeiture action was done throughout the frozen period, that’s why we decided to file an application (to unfreeze the accounts) on Monday.

“However, yesterday,  the two CDS accounts were unfrozen by the MACC,” he added.

He was charged with abetting in a wrong doing by  Najib, 66, who allegedly used his position as Prime Minister to obtain gratification for himself, which was to evade any possible disciplinary, civil or criminal action against him in connection with 1MDB.

Arul Kanda was charged with committing the offence at the Complex of the Prime Minister’s Department ,Federal Government’s Administrative Centre, the Federal Territory of Putrajaya between Feb 22 and Feb 26, 2016.

The charge was made under Section 28(1)(c)  of the Malaysian Anti-Corruption Commission  (MACC) Act 2009, read together with Section 23(1) and Section  24(1) of the same law, which carries an imprisonment for up to 20 years and fine of not less that five times the amount of the gratification, or RM10,000, whichever is higher, if found guilty.

Last Jan 4, Sessions Court judge Azura Alwi allowed the prosecution’s application to have a joint trial for Najib and Arul Kanda and the hearing has been fixed to begin this Nov 18. – Bernama