Tuesday, December 1
You are at:Home»News»Singapore to begin public trial of driverless buses 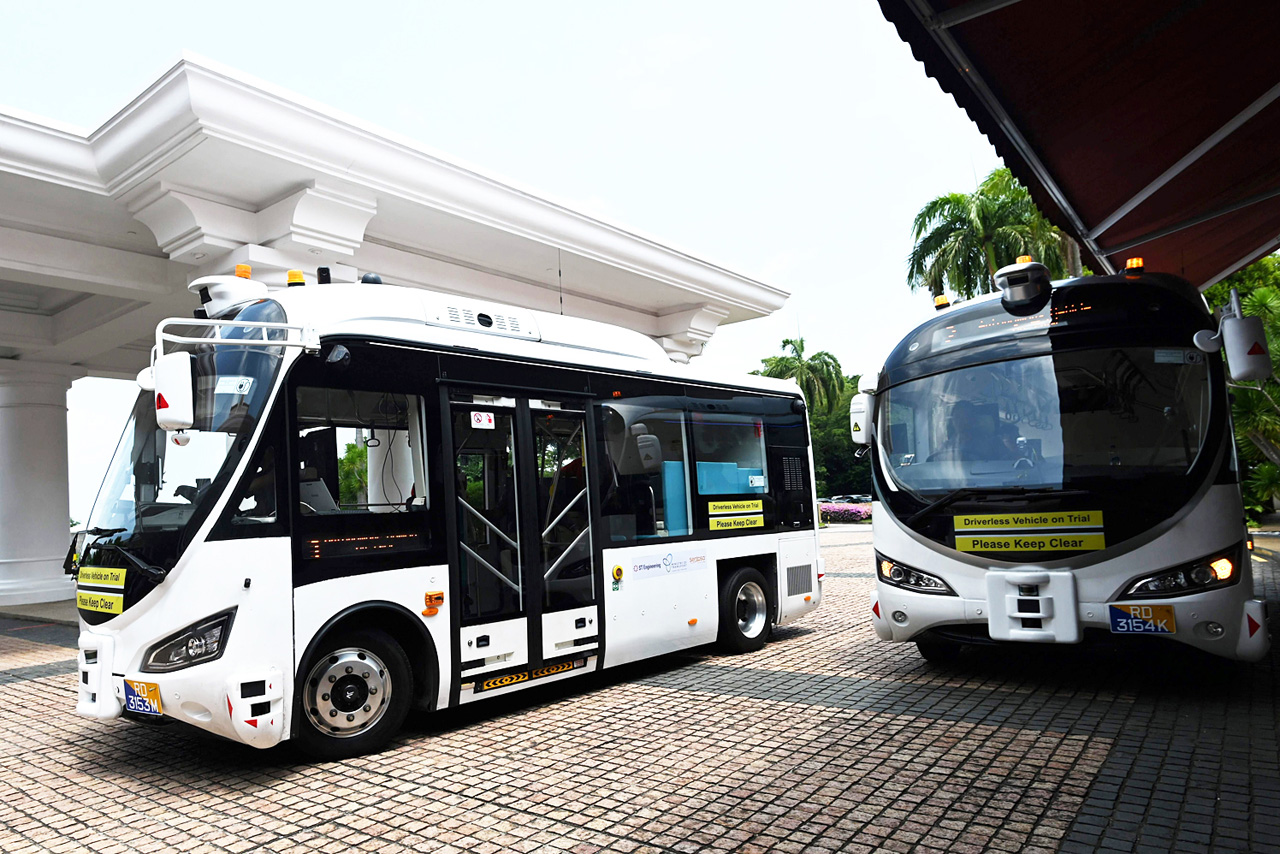 On-demand autonomous shuttle bus is seen during the official launch of a public trial run at Sentosa island resort in Singapore. — AFP photo

SINGAPORE: Singapore will next week begin a public trial of driverless buses that can be booked with an app, part of ambitions to roll out autonomous vehicles across the city-state.

Well-organised and high-tech, Singapore has become a testbed for self-driving vehicles, developing home-grown technology and inviting foreign companies to trial their own.

Four driverless mini-buses will follow a 5.7 kilometre route on the resort island of Sentosa
from Aug 26 to Nov 15 for the public trial, said ST Engineering, the Singaporean company behind it.

Visitors can use an app on their phones to book the shuttles, which will pick them up and take them to selected destinations such as a golf club, the beach and an historic fort.

Those without mobile phones can book the shuttles from kiosks along the route, with the free service operating on weekdays for four hours. The buses will have a driver to take control if necessary.

At a demonstrationyesterday, two of the vehicles negotiated a roundabout with little difficulty and stopped at intersections on a main road to allow cars to pass.

They can operate in moderate rain — but have to stop during heavy downpours, which are common in the tropical, Southeast Asian city. — AFP