Thursday, June 4
You are at:Home»News»BEBC: Shifting of Indonesian capital will benefit everyone 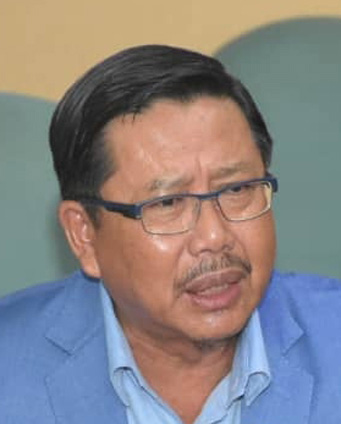 “Of course there will be many gainers and losers when this move materialises. But for the moment, let us think of the gainers if it really means for the better good and future survival,” he said.

Commenting on the announcement by Indonesian President Joko Widodo last week that the capital of the republic would be moved from Jakarta to somewhere in Kalimantan on the island of Borneo, Roselan said every good intention would always end up well and the BEBC was happy to learn of Indonesia’s decision to move into the heart of Borneo.

“It does not matter if Palangkaraya (one of the possible locations to replace Jakarta) has not been actually mentioned yet, but anywhere within Kalimantan is also good as it is beyond the ring of fire.

“It is very rare to find any green city in the world and Indonesia’s latest capital can be a green city when properly planned although it is no easy task,” he said.

Initially, Roselan believed Sabah and Sarawak would not benefit much other than the hope of getting orders to supply building and construction materials due to the close proximity.

Gradually, however the cross-border linkages would be expedited, and so shall be the fibre-optics and the much anticipated 5G, he said, adding that air linkages would be next on line and meetings between government officials from both countries would be faster and more convenient.

When a nation’s capital moved, the population also moved in tandem, he said, adding he hoped that Indonesia’s Small and Medium Industries (SMIs) as well as manufacturing industries would stay behind.

“This new capital should strictly be an administrative and governing centre whereby new infrastructures are accordingly planned,” he said.

“Whatever we hope to gain, let it just remain at the back of our head and we should lend every support to the Indonesia government to make it happen and fast too,” he said.

Widodo had suggested Indonesia’s new capital in Kalimantan, shared with Malaysia and Brunei in a speech to parliament, a day before the country’s independence day holiday.

By shifting the capital to Kalimantan, it would reduce risk of natural disasters compared to other parts of Indonesia often hit by earthquakes, floods and volcanoes.

Jakarta is one of the world’s most densely populated cities, home to more than 10 million people and three times that number when counting those who live in surrounding towns.

The city is prone to floods and sinking due to subsidence, caused by millions of residents using up groundwater and leaving rock and sediment to pancake on top of each other.

Indonesia’s Planning Minister Bambang Brodjonegoro was reported as saying that moving the capital to a safer, less congested location would cost up to US$33 billion.

The price tag includes new government offices and homes for about 1.5 million civil servants expected to pack up and start moving in 2024.