Saturday, September 26
You are at:Home»News»DAP reps bring up public grouses to police chief 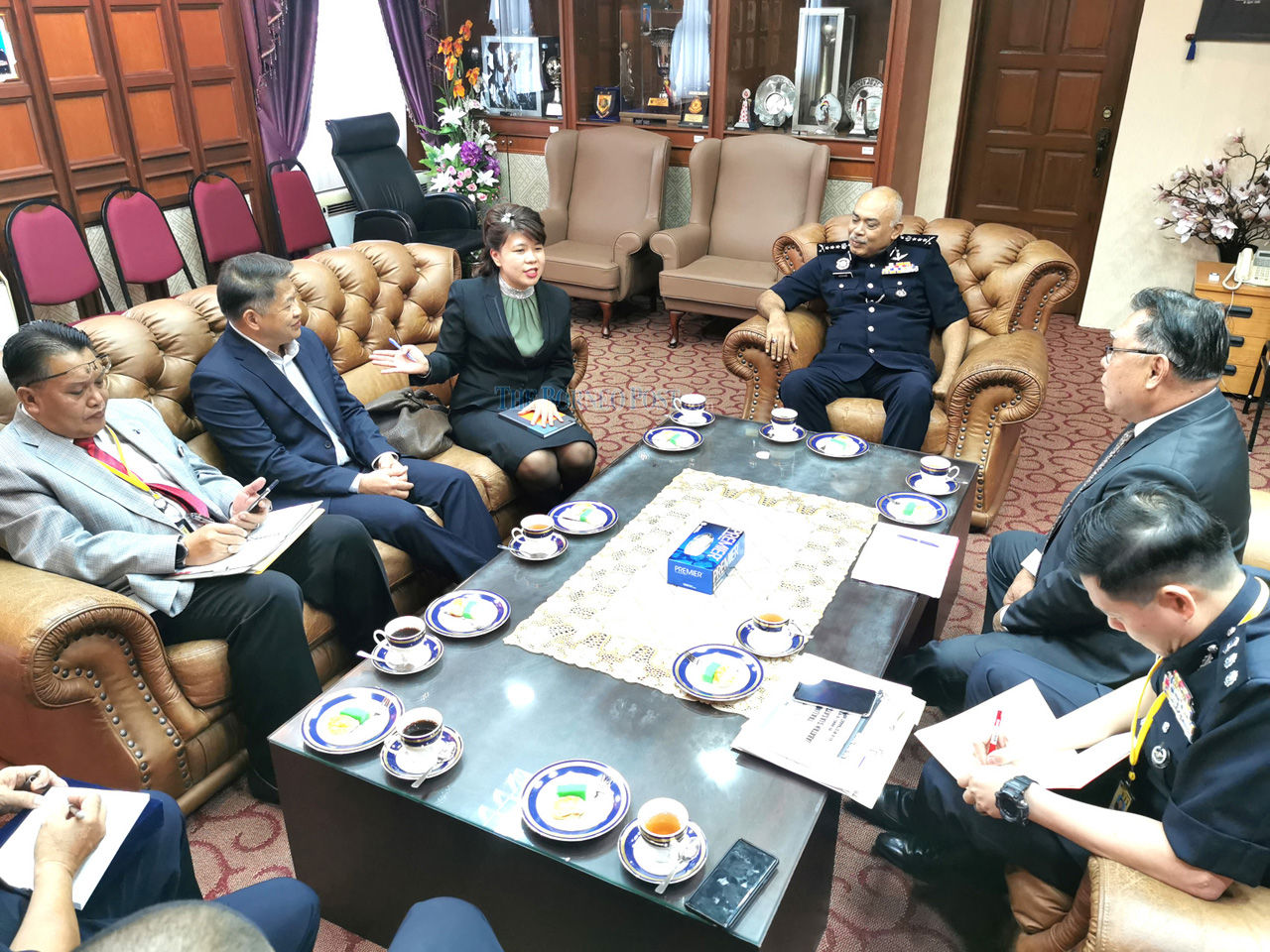 Yong (third left) speaks during the meeting with the Sarawak police led by Azman (fourth left). Also in the photo are Dr Ting (second left) and Chiew (second right).

KUCHING: A group of elected representatives from DAP Sarawak recently met up with Sarawak police chief Dato Azman Yusof, during which they informed him of the situation of members of the public being ‘kicked around like a ball’ when lodging a police report.

Pending assemblywoman Violet Yong, who was among members of the delegation, said the DAP Sarawak elected representatives not only brought up security issues such as burglary, robbery and drug abuse but also the issue of difficulty encountered by the public when dealing with the police.

Speaking at a press conference yesterday regarding the courtesy call, she said she had told Azman that such situation of being ‘kicked around’ from one station to another would only add to the stress and trauma of the complainant.

“For example, when a member of the public tries to make a call or personally go to the police station to file a report or request for police patrol, they would be caught in a situation of being ‘kicked’ around, from one police station to the other, which led them feeling desperate, anxious and not knowing how to proceed.

“It is known that not many people want to go to the police station unless they have to report something unpleasant. So I hope that the police will be able to understand the people’s feeling.

Some of their houses were broken into and they were already scared and the police’s behaviour only add to their stress and trauma.

“I believe that  any police officer on duty should be more compassionate in understanding the people’s feeling and needs and they should put in every effort to assist the people when it comes to lodging a police report or seeking police help.

They should not reject or simply sent off the public who wants to make a police report,” she said.

Yong added that Azman responded to the call for better public service by saying that the police officer on duty has the responsibility to carry out his/her duty diligently and put his/her best effort in providing the help and assistance to the public.