Tuesday, May 24
You are at:Home»News»Sabah»Epilepsy patient drowns 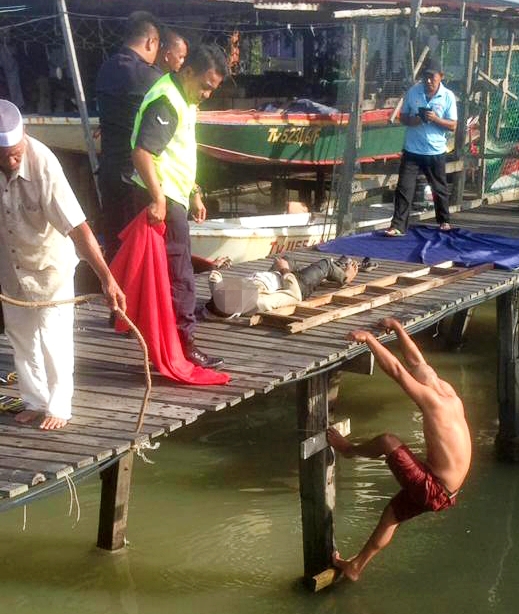 The victim’s body on the bridge at Kg Hidayat Mile 4, Apas Road yesterday.

District police chief ACP Peter AK Umbuas said the case was classified as sudden death as the victim, identified as Herman bin Ismail, suffered from epilepsy and a post-mortem showed no criminal elements.

He said the victim’s body was found by members of the public at 6.20am. The victim stayed at Kg Hidayat Hujung, about 2km from where his body was found.

The victim’s mother identified the body at the scene and stated his son was alone at the house while other family members were working the night before.

When they returned to the house about 12.20am the victim was not at home and they tried to search for him.