Monday, September 28
You are at:Home»News»Miri air quality back to unhealthy levels 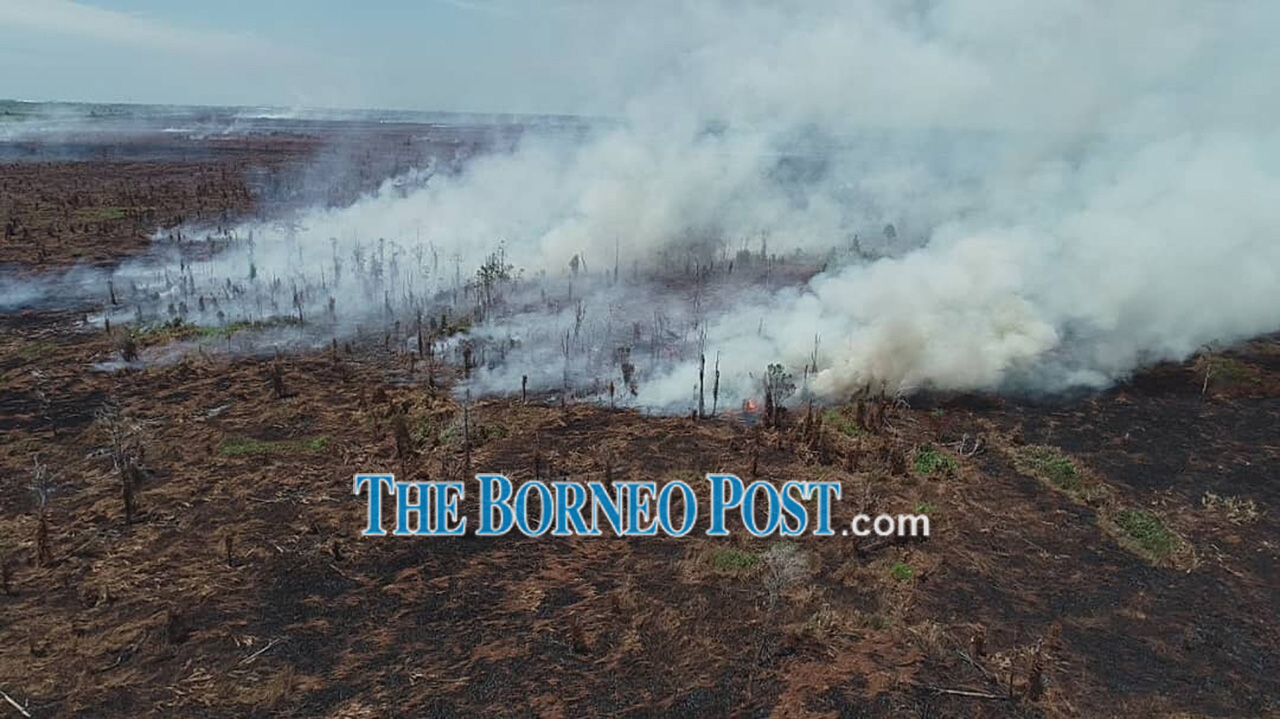 A photo taken by the drone in Sector 1, behind ILP Miri, at 3pm yesterday shows fires still raging in the area.

The Miri station, however, continued to record moderate air quality as of 5pm yesterday with an API reading of 51.

Meanwhile, the State Disaster Management Committee, via its secretariat, said a drone belonging to the Civil Defence Force had detected smoke emanating at Sector 1 yesterday.

“The drone which was flying over Sector 1 in Kuala Baram around 3pm today (yesterday)  detected smoke near ILP Miri,” it said.

Aerial and ground teams yesterday resumed their operation in all three sectors – Sector 1, Sector 2 and Sector 3 – with personnel from the Fire and Rescue Department (Bomba) attacking fires in Sector 1 while volunteers from Naim carrying out total flooding and also fighting fires in Sector 2.

Sector 3 saw the Malaysian Maritime Enforcement Agency’s Bombardier CL-415 aircraft resumed water-bombing operations which has so far seen over one million litres dumped in the area. Yesterday was the 21st day of operations to douse forest and peat soil fires in Kuala Baram, which have so far razed more than 1,200 hectares.