Saturday, August 20
You are at:Home»News»Vanilla growers seek help from Fama to market their produce 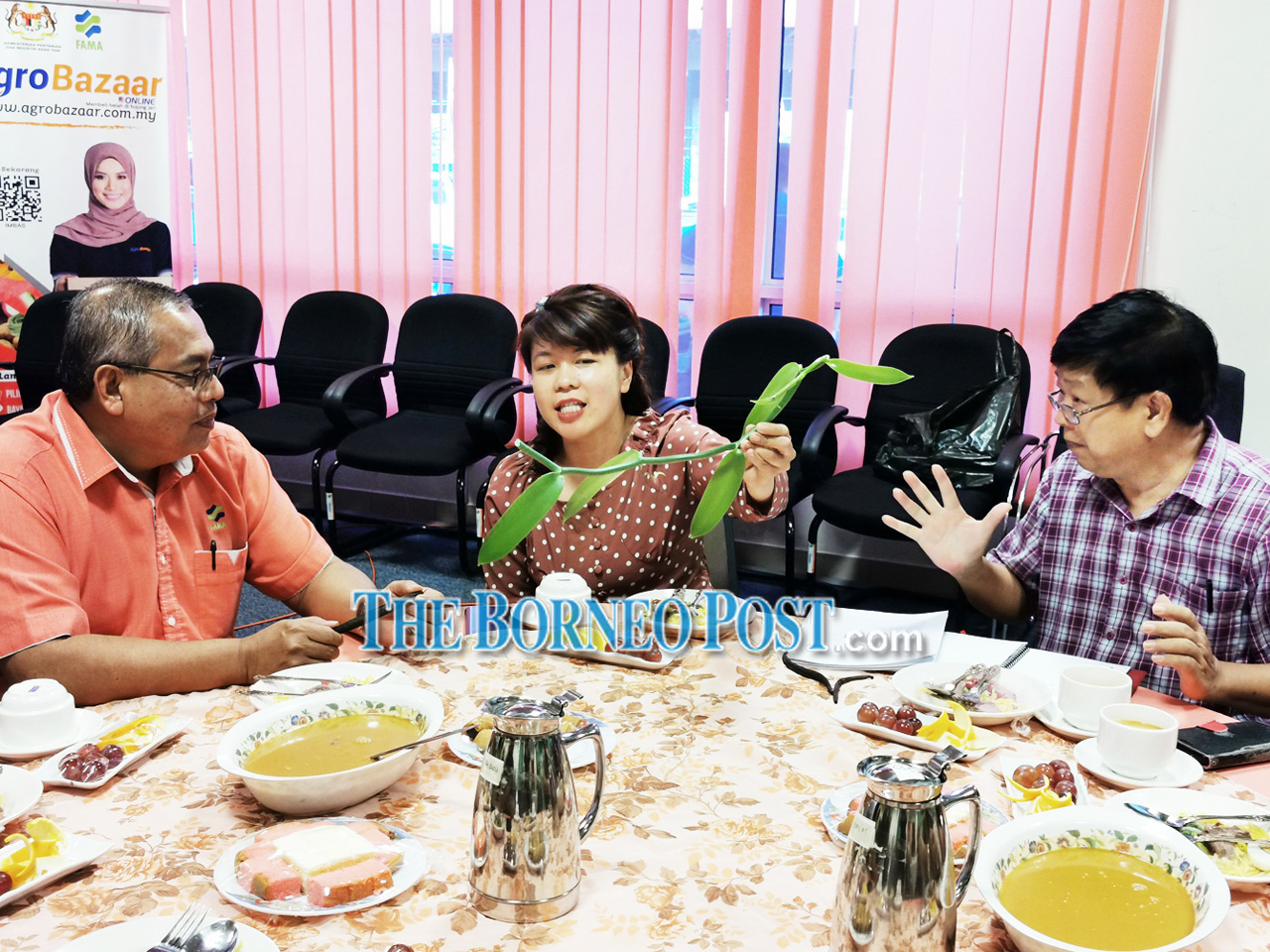 KUCHING: Vanilla growers from Kuching are seeking help from Federal Agricultural Marketing Authority (Fama) to market their produce to a wider market.

Pending assemblywoman Violet Yong, who brought them to a dialogue with Fama acting director-general Zainal Abidin Yang Razali on Tuesday, said there are about 30 identified vanilla growers around
Kuching.

She said following the dialogue, Zainal Abidin gave a positive response and has directed the relevant officers to work closely with the group. Apart from further cooperation with the group, she said Fama also agreed to have more technical study on vanilla.

“As far as I understand, per kilo of vanilla pod can sell for about US$600 and it’s very easy to plant in Sarawak because of suitable weather and soil conditions.

“The acting DG was very happy and acknowledged it was first time seeing vanilla pods harvested from local plant. These planters already have the technology know how on vanilla planting.

“They just wish that vanilla planting can get a boost from government either through Agriculture Department or other relevant agencies to make it more viable to tap on this value chain,” she told a press conference here yesterday.

She also said that based on the information from the vanilla growers, one of the biggest markets for vanilla is Japan.

“There is currently one big vanilla farm in Moyan. Another area said to be suitable for
vanilla planting is in Tapah,” she added.

On another matter, Yong said she also brought a group of taxi operators to have a meeting with Commercial Vehicles Licensing Board (CVLB) Sarawak chairman Dr Lawrence Tseu also on Tuesday.

“The CVLB Sarawak chairman said those issues within CVLB’s jurisdictions, these will be looked into seriously and they will come up with solutions. For those outside of its jurisdiction, CVLB will bring them up to Road Transport Department (JPJ) or Customs Department,” she added.