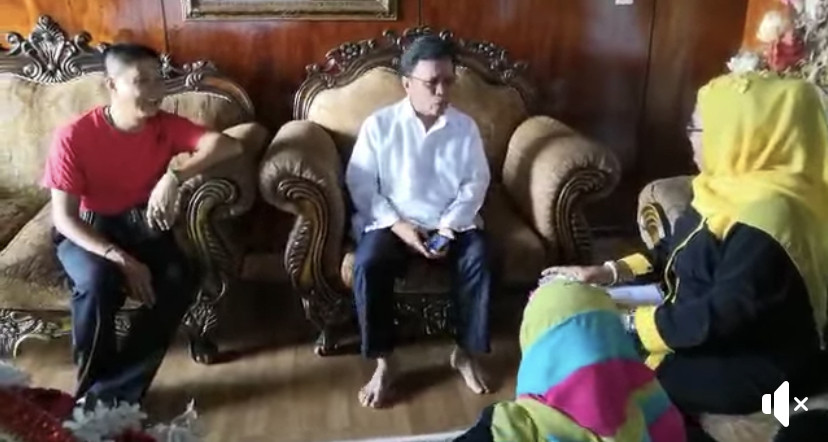 Screenshot from the viral video.

Shafie, who is Parti Warisan Sabah (Warisan) president, disclosed that the video was recorded way back before Bersatu had even set foot in Sabah.

“That is an old story – it is actually an old video. In the past, there was an agreement that Bersatu would not enter Sabah,” he told reporters when met during City Hall’s ‘KK Moving Forward’ launch event on Thursday.

However, now that Bersatu has officially entered the state, Shafie has given his assurance that the Warisan-led government is willing to work together with Bersatu.

“We knew that some of the members in our party (Warisan) were doubtful and worried – and they wanted to leave the party as they did not hold any positions. That is an old story. Today, Bersatu is already here (in Sabah). Thus, we have to work together with Bersatu at the state level,” he stressed.

Recently, a two-minute video of Shafie speaking to a group of women went viral on social media. In the video, Shafie and the group of women seem to be talking about Bersatu’s entry to Sabah – whereby Shafie had allegedly criticised Bersatu Sabah along with its chief, Datuk Seri Hajiji Noor.

“This Bersatu is Umno. Don’t you understand politics? So why do you want to join Bersatu?” Shafie asked in the video.

“Who is ruling? Hajiji or me? Who is inciting you to join Bersatu?” he said further when the women had spoken about Hajiji’s leadership and Bersatu’s ‘dominance’ in the state.

Later in the video, Shafie reiterated that Warisan would defend the rights of Sabahans and the state. He said that Bersatu had even offered him the deputy president post if he agreed to accept its invitation to join the Peninsular-based party.

In April this year, Bersatu chairman Tun Dr Mahathir Mohamad officially expanded his party to Sabah – this was despite the ‘agreement’ made between Warisan and PPBM – whereby Mahathir and Shafie had agreed that the former’s party would not set foot in Sabah.

However, the mass exodus of Umno representatives in December and their strong demand for Bersatu to enter Sabah had resulted in the arrival of the party to Sabah.