Tuesday, January 28
You are at:Home»News»Sarawak»Electricity will be Sarawak’s next main export — PBB man 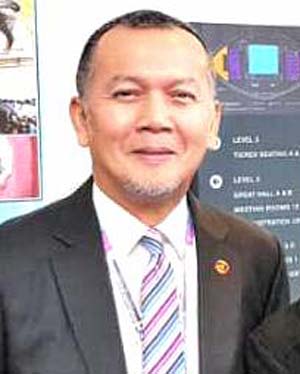 While rubbishing news portal Sarawak Report’s allegation that Sarawak has wasted public funds on existing hydroelectric power dams, Ahmad pointed out that Sarawak can no longer rely on its traditional exports of timber as well as oil and gas.

“When the time comes, where we can only export less of our sawn timber due to pressure from Green Peace environmentalists and the Western World, when oil and gas resources are replaced or used less due to the rise in substituted fuel availability, or not the main source of preferred fuel for the future, which is likely within 10 to 20 years’ time, and/or when coal is no longer an acceptable commodity for our export, what is left for Sarawak? Affordable power or electricity supply,” he told The Borneo Post yesterday.

Minister of Tourism, Arts, and Culture Datuk Abdul Karim Rahman Hamzah had said last week that Sarawak could supply electricity to Kalimantan as the relocation of the new Indonesian capital would require a large supply of electricity.

This led Sarawak Report to claim that there is no genuine market for the renewable energy produced in Sarawak.

“It is also a chicken and egg question – which must come first? Now to attract industries and investors to come to Sarawak, we need to have the basics, which are ample energy and infrastructure, like better road connectivity to name a few. This helps in creating jobs opportunities for the locals later on.

“What has Sarawak Report done so far? They only criticise and attack the state government and its leadership constantly with no end; instead of producing feasible or real solutions to create ample jobs for the locals and building our nation’s economy,” Ahmad said.

He challenged Sarawak Report to provide a conducive economic solution for Sarawak’s development.

“Allow me to say in my personal capacity, I do not see anything wrong with exporting energy to other governments, for example Brunei, Sabah, or Kalimantan, Indonesia. It is one of Sarawak’s revenue sources,” he said.

“The Sarawak government as an entity must consider all options to stay relevant as a nation and must be financially strong for its people more than ever now, when the ruling Gabungan Parti Sarawak (GPS) has to salvage or take over more projects abandoned by Putrajaya.”

He said the GPS government had no choice but to fund projects previously approved by the Barisan Nasional (BN) federal government, which would benefit the people, but were cancelled by Pakatan Harapan (PH).

“We are talking about the two to three bridges, coastal roads, and repairs of the dilapidated schools to name a few. Maybe Sarawak Report wants Sarawak to not progress and remain backwards? I would like to believe not.

“I am sorry, but we as Sarawakians want to see Sarawak a developed nation by 2030. Sarawak First,” he added.