Tuesday, February 18
You are at:Home»News»Sarawak»Families denied road access by landslide for five years 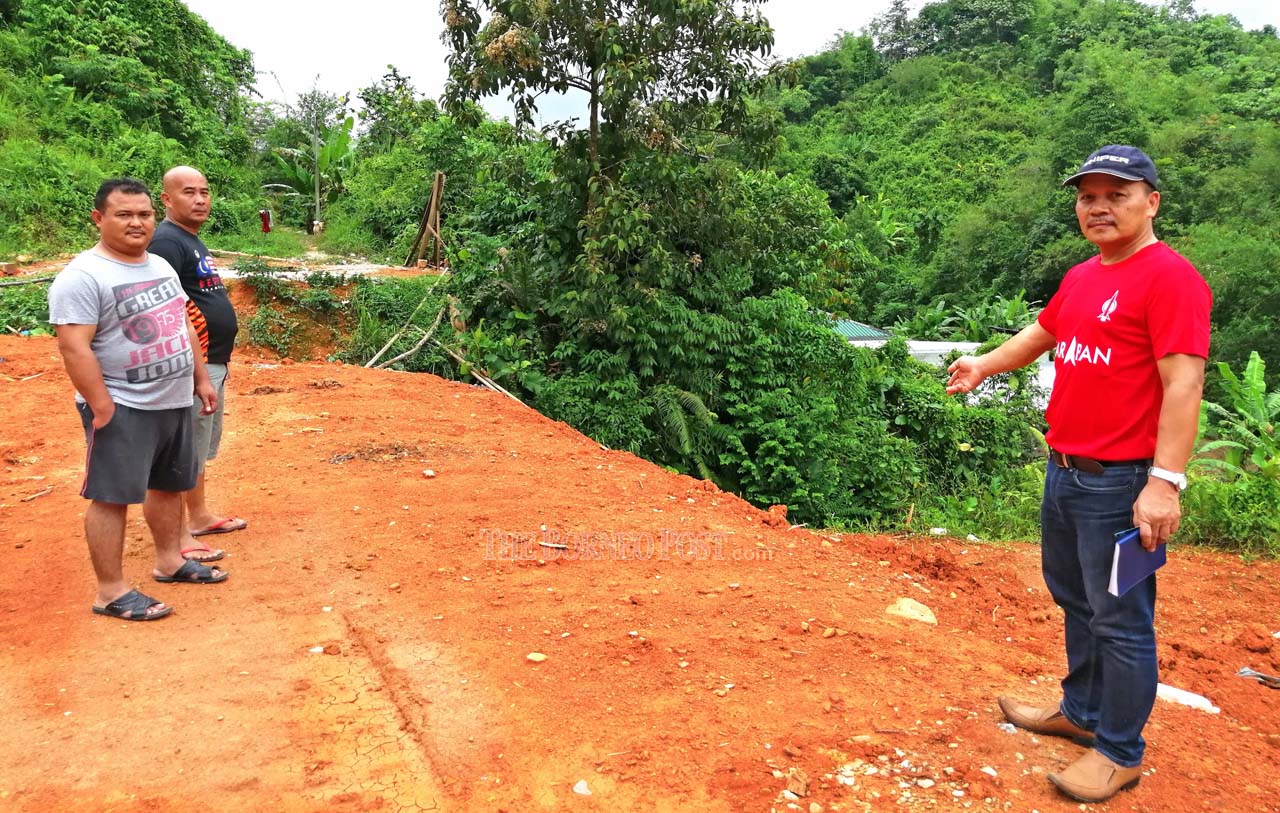 Sanjan (right) with Resop (left) and a local resident pose next to the stretch of road buried under the earth and debris brought down by the landslide.

KUCHING: A landslide which damaged the road at KM40 of Jalan Puncak Borneo five years ago cut off two families from road access to their houses since then.

Resop Sengus, 40 and Tedi Sengus, 45 aired their problem to Sanjan Daik, political secretary to Deputy Minister of Domestic Trade and Consumer Affairs when met at their houses on Wednesday.

“I told the contractor to remove the thick debris that buried the road access to our houses but the contractor refused to do so, saying that the allocation of fund was only meant for repairing the road affected by the landslide,” Resop and Tedi were quoted as saying in a statement yesterday.

Sanjan said repair of the damage only started recently but the contractor refused to clear the debris that block the road to the two houses.

He said Resop had brought up the matter to Assistant Minister of Transportation and Mambong assemblyman Datuk Dr Jerip Susil but no action had been taken thus far.

“The contractor should know that the road is damaged due to the landslide and thus clearing the debris is also part of the repair works,” pointed out Sanjan.

As such, he urged the authority concerned to look into the matter so that the two families can use the road.

He added that the families had been deprived of using the road for five years now.