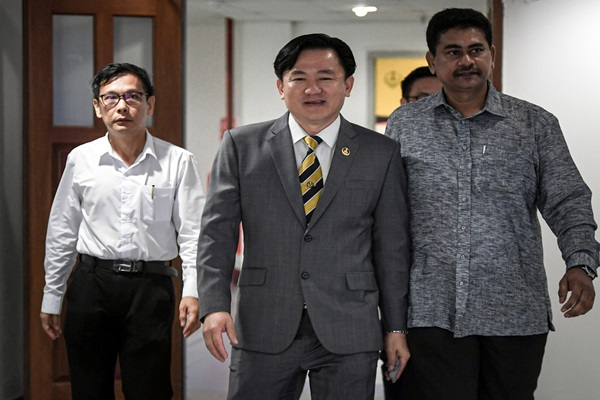 IPOH: A Perak Executive Council chairman was charged in the Sessions Court here today with raping a 23-year-old woman.

Housing, Local Government, Public Transport, Non-Muslim Affairs and New Villages exco Paul Yong Choo Kiong, 49, claimed trial to committing the offence in a room on the upper floor of his house in Meru Desa Park on July 7 between 8.15 pm and 9.15 pm.

The charge under Section 376 of the Penal Code carries up to 20 years imprisonment and whipping on conviction.

Yong, who is also Tronoh assemblyman arrived at the courthouse at 8.57 am in a BMW car. Police had reinforced security in the vicinity to prevent any untoward incident.

A group of Yong’s supporters had gathered at the courthouse entrance since 8.30 am. About 20 media practitioners were also around.

Judge Norashima Khalid set RM15,000 as bail with one surety, and Sept 24 for case management.

Earlier, Azhar who is also Perak State Attorney-General’s Chambers director requested of the court to not grant bail for fear that the accused might harass the key witness.

However, counsel Ram Karpal Singh urged the court to allow bail, submitting that the witness (Indonesian woman) was being sheltered at a safe place.

He added that Yong has to support four children at school and university, and had been cooperative with police. – Bernama